The city has set up a fund of 4.2 million euros to help youngsters find jobs and apprenticeships 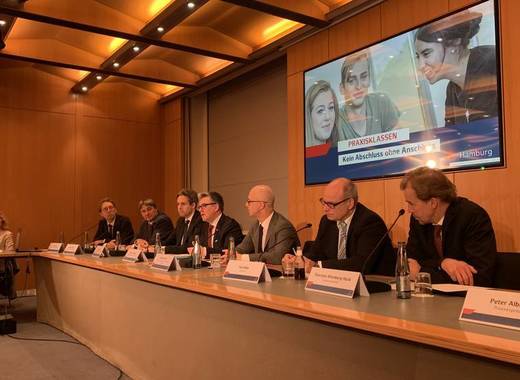 The city of Hamburg and the German federal government have begun a joint venture aimed at helping young people who have left and dropped out of school early. The project comes in the form of a 4.2 million euro fund that is meant to facilitate youngsters’ entry into the labour market.

A project that helps young people secure their future

Through the project, interested young people will be aided by mentors who will help them in the transition from school to vocational learning that will later evolve into a full-blown apprenticeship. The end goal is to provide opportunities for 15-year-olds who are having trouble finishing school and giving them the chance to smoothly integrate into the labour market.

The project has so far been financed by the German federal government and the European Social Fund – but with the ESF’s funding soon to expire, the city of Hamburg has taken up the opportunity to take matters into its own hands.

The programme itself entails three days of ordinary school for the pupils and two days that are to be spent in a company – 12 weeks, every six months. According to Ties Rabe, senator of Hamburg for Education “This is where opportunities open up for the pupils to gain a foothold in the sector through early contacts with companies and to have training contracts when they leave school.”

Currently, there are a total of 13 schools offering their pupils entry into the programme. Thanks to such an initiative, struggling students are more likely to enjoy a successful and prosperous career in the future.