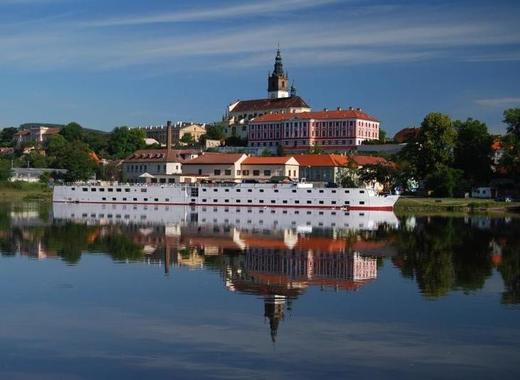 This year, the Czech city of Litoměřice celebrates 800 years. The ceremonies will be held in the spirit of eight centuries of history. Hence, the official programme will be taking place throughout the year and will include more than fifty events. Among them, a popular videomapping, a spectacular parade, that will attempt to enter into the Czech Book of Records, or a week of town celebrations, with a traditional toast.

Mentioned for the first time in paper documents in 1219 by Pope Honorius III, the city boasts centuries of development. The beginning of the royal town of Litoměřice's history, as we know it today, dates as far back as back the early 13th century. Back then, at the confluence of the Elbe and the Ohře rivers, an important administrative, commercial and religious centre was located. Thus, it was in 1219 when Přemysl Otakar I granted Litoměřice city rights. Since then it boasts one of the largest squares in Bohemia. Later on, Charles IV gave the city additional lands, including the slopes of Radobyl, to grow vines. The tradition of winemaking has remained alive to this day.

During the centuries to follow, the city will see rises and downfalls, including the Hussites wars, tensions with the Habsburgs over the governance of the country and the Thirty Years war. On the cultural side, a lot has been achieved by baroque architects and builders and also during the flourishing 19th century when new schools, a diocesan seminary and one of the first city theatres in Bohemia appeared.

Finally, in modern times the importance of Litoměřice is confirmed as a district capital. There is certainly a lot to be seen during the whole festive year. Find more information on the programme on the website of City of Litoměřice.