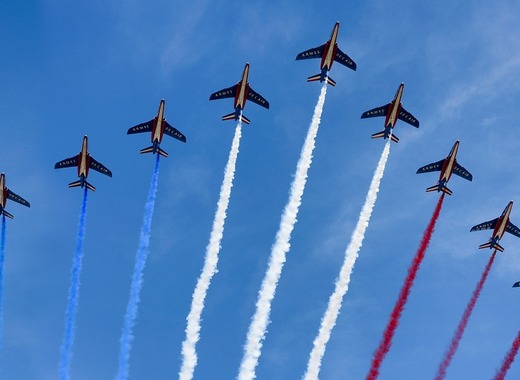 Bastille Day is celebrated annually on July 14 in France and French-speaking regions around the world. Signifying the start of the French Revolution, more than 200 years on it's still a central event in the nation's calendar, with celebrations including military parades. The storming of the Bastille prison by angry crowds in 1789 Paris may have been a violent day, but nowadays it's marked peacefully by millions.

The events of July 14, 1789 helped entrench La Fête Nationale - the national holiday - in France. After all, they helped to kickstart the revolution which saw an out-of-touch monarchy ditched as people took back power from the elites. The day itself is celebrated in true Gallic style annually - since 1790 - with events held throughout France. The 'Fête de la Fédération' is the oldest and largest military parade in Europe held in the morning on Paris' iconic Champs-Élysées.