On this day, the people of Bulgaria commemorate the unification of Bulgaria and Eastern Roumelia, which occurred in 1855 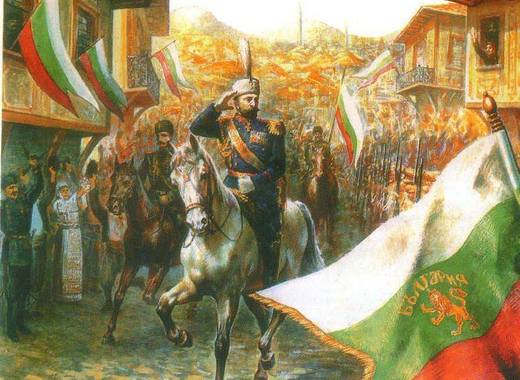 Source: Flags of the World (FOTW)

Unification Day in Bulgaria celebrates the unification of the previously split Bulgaria. On 6 September 1885, the separated regions of Bulgaria and Eastern Rumelia were reunified into one Bulgaria. Unification Day on 6 September is a national holiday of Bulgaria. The unification was coordinated by the BSRC – Bulgarian Secret Revolutionary Committee. It was enacted after several rebellions took place in different towns in the Eastern portion of Roumelia. These followed the military takeover by Alexander I. Once the unification was in effect, Eastern Roumelia and Bulgaria created a joint government, an army, administration, and parliament.

Usually, the celebrations of Unification Day in Bulgaria are held on the night of September 6th in Plovdiv, which was once the capital of Eastern Roumelia when it was an Ottoman province. During these celebrations, the heads of state, President, and Prime Minister attend. When evening falls on Unification Day in Bulgaria, there are fireworks that follow the military roll call in central Plovdiv square. For those in Sofia, which is the capital of Bulgaria, the celebrations begin at the tomb where Knyaz Alexander I Battenberg, the German prince who supported the Unification lies. The Mayor of Sofia attends this event.