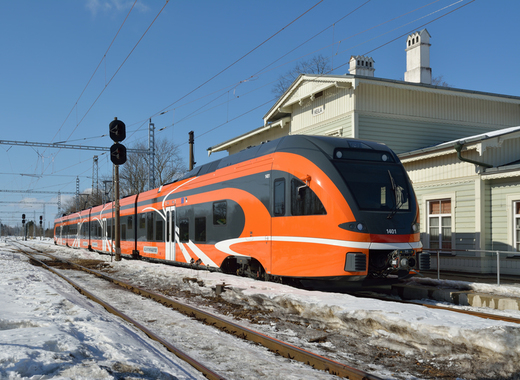 Estonia’s new road management plan for the years 2020-2023 has already stirred controversy at the local level. As public broadcaster ERR reports, the Union of Harju County Municipalities has objected to expanding the country’s major highways to four-lane (2+2) roads. Instead, the Union proposes less expensive three-lane (2+1) roads in combination with the development of high-speed, 160 km/h railroad connections on the Tallinn-Tartu and Tallinn-Narva routes and the construction of a ring railroad around the capital city of Tallinn. Building a high-speed rail connection with Pärnu is not a part of the proposals as the future Rail Baltica will take care of that.

The Union of Harju County Municipalities stresses that First class (2+2) highways don't help shorten drive times, as, due to bad weather alone, speed limits are reduced to 90 km/h for much of the year. Moreover, 2+2 highways engulf three to four times more land than railroads and have notably larger barrier effects. So, overall, 2+2 roads are not expected to have any positive impact on lowering motor vehicle density, environmental damage and noise pollution.

On the other hand, fast and convenient rail connections will help reduce congestion and increase road safety on existing highways in all three major directions.

Railroads offer better opportunities for cargo transport, too, which would help reduce the number and impact of heavy duty vehicles on highways. This, in turn, would help redirect annual road maintenance funding to second class roads in worse shape, the Union says.

Urging a careful and comprehensive approach to the roads overhaul, the Union of Harju County Municipalities reiterates that train rides have more than doubled both within Harju County and throughout Estonia since the introduction of new passenger trains.

As for the proposal to build a ring railway around Tallinn, the plan was put on hold earlier this year by the Ministry of Economic Affairs and Communications which found it too expensive and unnecessary for the time being. Estimates by the state-owned Estonian Railways (EVR) show that the proposed railway bypass would cost €112 million to build, an amount that could better be used for the overall improvement of Estonia's asphalt and gravel roads.