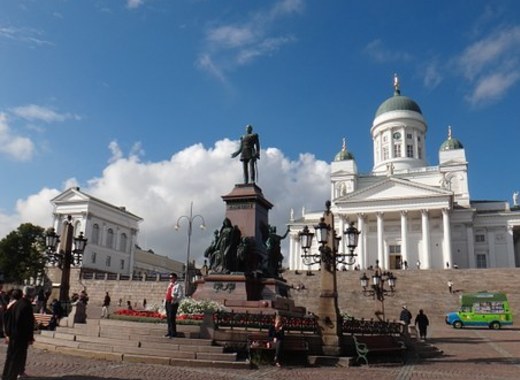 This €1 million initiative was launched by the City of Helsinki to produce two up-to-date 3D city models using innovative new capture technologies. The city is also using these models to promote smart city development, enable new commercial ventures, and start an impressive number of programs with university partners. Helsinki 3D+ creates a rich 3D city model as efficiently as possible.To build the model’s base, the City of Helsinki used a combination of 3D capture methods. They deployed aerial lidar to gather terrain and surface data, which they processed using Bentley’s Pointools and Terrasolid programs.

To model the city itself, Helsinki captured 50,000 oblique images with a Microsoft Osprey camera. They used myriad Bentley applications, and a farm of 10 computers running Bentley ContextCapture to process the 11 TB data set. The final product was a detailed reality mesh. As an added benefit, Helsinki noted that the advanced technology brought the costs of modeling much lower than expected, leaving more funds for developing innovative ways to use the 3D data. Having one reality mesh and one clean, rich, semantic CityGML model enabled the City of Helsinki to research a variety of applications—many more than would have been possible with one model alone.