For everyone interested in the city and its future 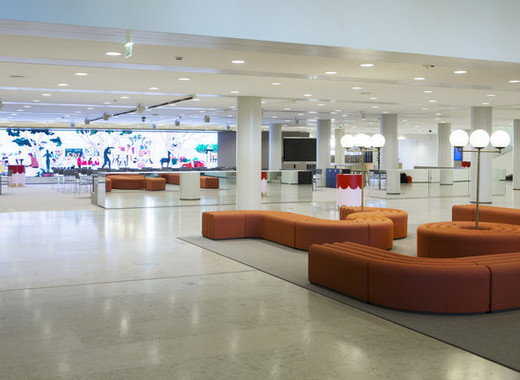 Following a year of development works, the lobby of the Helsinki City Hall opened with a brand new concept. The lobby is now a place for everyone who is interested in the city and its future. The renovated lobby can be used in many ways, such as an office or a space for events, meetings and workshops. The happenings arranged in the lobby bring together the most interesting conversations in the City and presents the City’s internal development to the residents. The lobby is open on weekdays from 8am to 6pm, but the opening hours may vary according to the events. The address is Helsinki City Hall, Pohjoisesplanadi 11–13.

“The City Hall lobby is a showcase for modern Helsinki. Thanks to the renovation, it brings the most functional City in the world into a format that can be experienced. The realisation, which combines the history of the City with new planning, gives life to the Helsinki City Strategy”, said Jan Vapaavuori, Mayor of Helsinki.