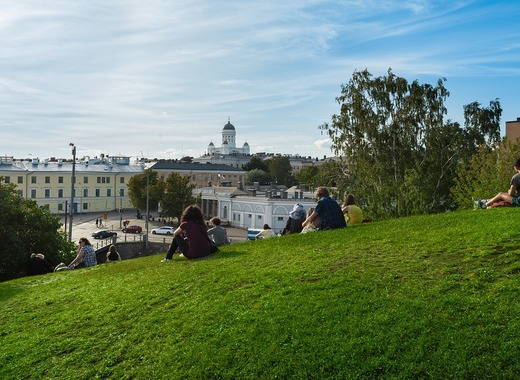 Say goodbye to all the tedious paperwork required when enrolling your toddler in preschool – the city of Helsinki has come up with a new innovative solution.

Currently, in its trial phase, the new project allows for parents and guardians of children in preschool age and already enrolled in Helsinki’s early childhood education system (6 year-olds) to register them in a nearby preschool by simply sending a single SMS message.

So how does that work? It’s simple – somewhat. Some 90% of Helsinki toddlers are taking part in the city’s early childhood education system – that means that their data is already being processed by local authorities. Using said data, the local government of the Finnish capital can make suggestions to parents and guardians as to which preschool their children should attend – based on geographic proximity, for example.

If the parent or guardian is happy with the choice made by the municipality, all they have to do is answer with a message of their own. If not, an answer in the negative would lead them to the standard online application procedure.

The project is currently being tested in two educational areas in the Finnish capital. If successful, it will be implemented across the whole city. Local authorities believe that in the future, the technology can be used for other similar procedures – for example, the municipality could try being proactive when parents are on the lookout for a suitable school for their children.

Helsinki wants to become an entirely proactive city – being able to anticipate the needs of its residents before they actually arise. The introduction of technologies like this is a giant step towards that goal. The enrollment project also has an environmental side – introducing it on a city-wide scale would significantly reduce the use of paper, as many of the documents that are currently needed are bound to become obsolete.