2.9 million euros are being set aside for the revamp of the historical location 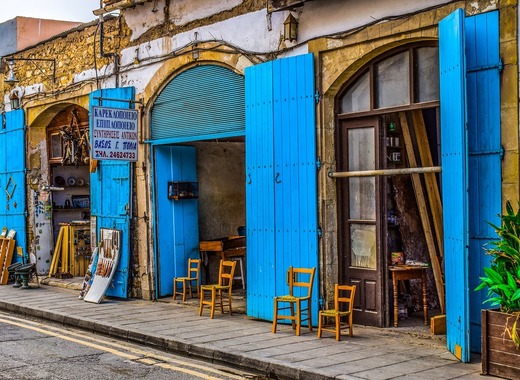 The Cypriot city of Larnaca is bracing for major changes to its urban landscape with its historical Zouhouri market getting ready to undergo massive renovation efforts. Surrounding the Zouhouri mosque in the city’s old town, the square is scheduled to receive a 2.9 million euro facelift with local authorities currently on the lookout for contractors who are willing to take on the job.

According to the municipality, the Zouhouri market area is one of Larnaca’s most important historical sites. Despite that statement and belief, the area surrounding the ancient mosque has been left unattended by authorities for far too long, while the religious site itself has undergone renovations.

Larnaca local authorities have already found their architects, the ones who will be responsible for the overall look of the square after construction is complete. The architectural firm Sigma&Co won the renovation contract last year and is ready to meet the challenges that restoring the historical site will represent.

According to officials, construction is scheduled to be completed within 18 months after work begins – that means that Zouhouri Market should become available to visitors in two years or so.

The funding of 2.9 million euros is being provided by the European Union’s Structural and Investment fund, according to the mayor of Larnaca Andreas Vyras, as quoted by Cyprus Mail. The Zouhouri Market project is also the 6th and final one of the 2014-2020 programming period.

Authorities want the square to be completely transformed, as it is currently mainly used as a parking lot. Their vision includes the creation of restaurants, bars and cafes, a hostel for artists and includes the addition of new greenery.

Furthermore, authorities are eager to make the square better connected with the rest of the city, turning it into a focal point, that citizens and tourists are enticed to visit. Such improvements would also certainly prove to be instrumental in the city’s approach to boosting the local tourist industry.