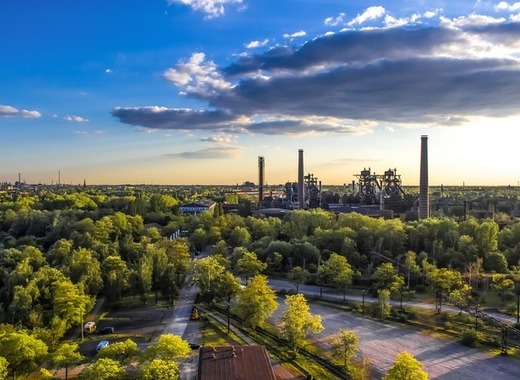 Hnúšťa has been the municipality with the highest unemployment rate in Slovakia for years – but the local administration believes that this is about to change. Thanks to financial aid provided by the Slovak Ministry of Economy totalling 2.36 million euros, the city will be able to buy up the land of the old industrial park and renovate its premises, making it ready to host new businesses and investors.

What is currently an industrial park was once one of the largest iron processing plant in Austria-Hungary. The ironworks were one of the biggest employers in the region, providing over 2,500 jobs. That changed in 1989 when the grounds fell into disuse following the collapse of the Soviet bloc.

The path to recovery

Many local jobs were lost but Hnúšťa started recovering in 2007 when the city received its first batch of state aid – used to develop and renovate the industrial park. That’s when businesses finally started returning the city, quickly creating over 800 jobs.

The local administration hopes that they will be able to not only replicate the past success but surpass it. The mayor of Hnúšťa Roman Lebeda stated that “We received EUR 2.36 million from the Ministry of Economy, which we will use to buy land, redevelop the old halls and prepare the park for further development. For new investors, we will create an area of ​​47,000 m². I believe that many young and well-educated people will find work here as well”.

At its peak, the current iteration of the industrial park hosted 1,200 workers – a number that has been reduced to 700 in the last few years. The mayor believes that these latest efforts will help turn the fortunes of the city around and hopes that the park will be ready to welcome new employers by the end of next year.