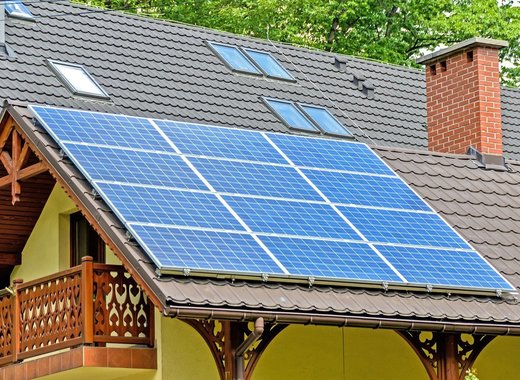 In the span of the last few years, the use of solar power in Finland has increased tenfold as it has grown more and more popular in the eyes of the country’s homeowners. This private and individual push for the use of more renewable energy sources is playing a significant role not only in Finland’s overall energy output grid but also in its strategy for achieving its climate targets and combating climate change.

Private citizens at the helm

Over the course of the last few months, private properties across Finland have generated a total of 277 megawatts of electricity. Compared to the 2016 figures of 27 megawatts, and 66 at the end of 2017, this is a sharp rise which speaks volumes of the way that Finns are approaching green and renewable energy and is evidence of their conscious climate-friendly behaviour.

A large part of the energy that is being generated comes from business premises, but a sizable chunk is generated by solar panels on private citizens’ houses. According to estimates by the power grid firm Fingrid, currently, there are some 50,000 homes across the country that have installed solar panels.

But this turn towards renewable energy is not just a statement in favour of environmentally friendly behaviour. Rather it is also a calculated and economic move that could save users hundreds of euros in bills. While in the past solar panels might not have been the best choice in economic terms but were rather purchased out of conviction and devotion to the green cause, now citizens are increasingly seeing the economic benefits of their installation.

Thanks to technological advancements and the increase in the availability of all kinds of panels, solar power has risen to the top in the minds of citizens of Finland who are more than eager to protect the environment while shaving off a few euros from their bills.