“Honesty, dedication and keeping the residents continuously informed is the successful formula for long governance”

Antony Valvo, Mayor of Xghajra for almost 20 years about trust in politics and the future project of the small Maltese locality 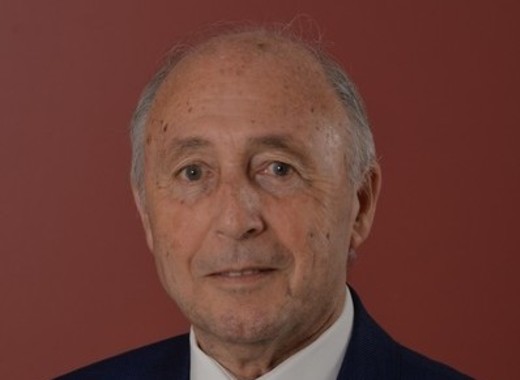 The 75-year old Antony Valvo has been the Mayor of Xghajra in Malta since 2000 which makes almost two decades of interrupted governance. He was born in the United Kingdom, of Maltese parents and has dual nationality. Graduate from the Melbourne University, he is also a Certified Public Accountant and a Chartered Secretary with relevant qualifications from Australia, UK and Malta. He has been involved in politics for the last 45 years.

Mr Valvo, how would you describe the village of Ix-Xgħajra in a few words?

Xghajra is a small village on the south east coast of Malta alongside the entrance to the Grand Harbour of Malta, with approximately 2200 permanent residents and a further 1000 summer residents. The Xghajra coast peripheral is two kilometres long.

You are currently serving your fifth term as Mayor. What are the main transformations you have seen in your locality since assuming the post back in 2000?

Xghajra has grown these last 19 years from about 1000 residents to the approximately 2200 people today with various new buildings sprouting all around the locality.

What is the successful formula for maintaining public trust for almost 20 years?

Honesty, dedication and keeping the residents continuously informed about everything that happens or is planned for our village. Above all making sure that the residents, adults and children are involved in the activities that take place in Xghajra.

A number of projects and activities both educational and especially planned infrastructural for the benefit of the Xghajra residents young and old.

Are you running for office again in April and if re-elected, what are the three main goals you have set for the upcoming term?

Yes, I am running again in April and my main aim will be to complete the projects that will be in hand over the next few months and continue to build up the good feeling that exists between our Council and the residents with a special emphasis on education, health and safety for all ages in the interest of a) keeping our young and adolescents away from harm of any sorts and b) to aim at having in Xghajra the means of support and peace of mind for one and all.

Finally, how can a portal like TheMayor.eu, which aims to keep citizens informed about the latest developments in local policies and to bring together best practices from the European municipalities, be of use to your administration?

Ix-Xgħajra (pronounced as SH’AYRA) is a small seaside village on the coast of Malta, about halfway between Valletta Citta Umilissima and Marsaskala, on the outskirts of Ħaz-Zabbar Citta Hompesch. From Maltese, the name means a small open plan.

Once locating an important battery of the Knights of Malta, it has been of particular importance for the defence of the country during the Second World War.

Nowadays, the beautiful seaside resort is governed by a Local Council since the establishment of this institution in Malta in 1993. Discover more here.