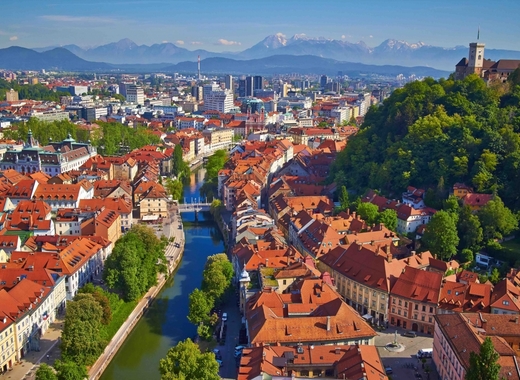 Ljubljana City Council has decided that it has to take matters into its own hands when it comes to the fitness and health of locals. That is why local authorities of the Slovenian capital have earmarked some 19 million euros for the promotion and the subsidizing of sports in the city. The end goal, according to the city, is for 75% of residents to be actively taking part in sporting activities or exercise by 2028.

Paying special heed to the children

Local authorities of Ljubljana understand that children are among the most vulnerable when it comes to developing unhealthy habits – thus, prevention is key.

The City Council will be paying special heed to unprivileged children – those suffering from social exclusion, obesity or simply those who are not fit. The government of Ljubljana will be doing everything in its power to get such youngsters involved in the municipality’s fitness and sports programme and has allocated nearly 900,000 euros specifically for this purpose.

On offer for children will be a vast array of activities – including skating, cross-country jogging and many other sports aimed at making the pastime fun and engaging for youngsters of all ages. Furthermore, they will be incentivized to learn new sports such as golf and cycling, as the city will be hosting tournaments and many other kinds of events.

All similar activities will be entirely voluntary – with the exception of the mandated mandatory swimming lessons for children enrolled in the first, third and sixth grades in schools in Ljubljana.

Local authorities also want to involve 10% more seniors in the regular exercise as well as 2% more regular adults by 2028 – thus driving the total number of active citizens to around 75%. To further prove its commitment to this cause, the Ljubljana local government has unveiled plans to hold 30 massive recreational events over the course of 2020.