Hundreds of roses decorate the renewed Heroes' Square in Szőreg

Szeged city administration is trying to renovate not only central, but neighborhood areas as well 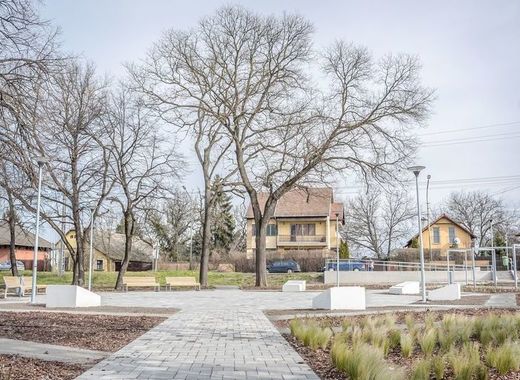 The renovation of Heroes' Square in Szőreg is complete. The center of the settlement has been rejuvenated and beautified with nearly 800 roses planted in the area, reported szeged.hu.

Populated by ethnic Hungarians and some Serbs, Szőreg is a district of the city of Szeged in Csongrád County, Hungary. The settlement has a long history and one of the final battles of the Hungarian War of Independence against the Habsburg Empire (1848–49) was fought close to it.

The busiest part of the neighbourhood

The Heroes' Square is the busiest part of Szőreg, as it is surrounded by a roundabout and a road leading to Deszk and Újszentiván. It is much visited by locals and occasional transit travelers but has been in dire need of renovation.

The work to give the square a new look began last August. Handing the workspace over, Szeged Mayor László Botka emphasized that, besides the large central investments, the city administration was also trying to renovate areas that are important to the communities in certain neighborhoods.

The total cost of the investment was HUF 82 million. During the works five marble plaques were placed on cushion stones. A rose garden with 800 plants was formed around the square, new benches were installed, the recreational area and the promenade were overhauled. The bus stop on the square remained within easy reach, but the bike lane was separated further from the square.

András Avramov, the municipal representative for the district, explained that some of the planted roses belonged to European varieties and the rest came from Gergely Márk's rose breeding horticulture. Dubbed the “Rose Man”, Gergely Márk (1923-2012) devoted fifty years of his life to the cultivation of the most romantic of flowers, bringing to life over 800 Hungarian rose varieties.

The renovated square will be officially inaugurated on 13 March.