Hungarian government lays out recovery plan for the economy 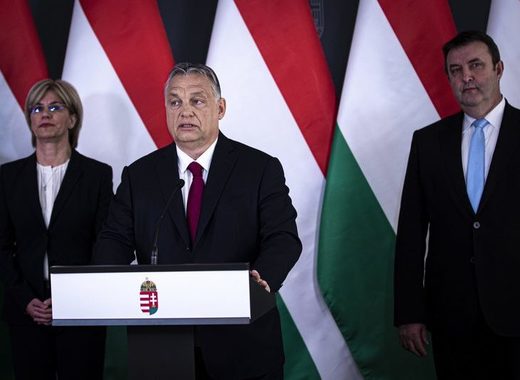 Hungarian Prime Minister Victor Orbán layed out an economic protection plan aimed at creating, in his words, “as many jobs as the coronavirus epidemic is destroying”. The plan, announced this Monday on national television, is being implemented in three phases and requires reshuffling of 18-20 percent of the country’s GDP. To this end, the government is raising the 2020 budget deficit from 1 percent to 2.7 percent.

According to Orbán, Hungary is past the first phase, and the second one, starting today, rests on five pillars:

In a joint message last Saturday, 14 Budapest district mayors called on the government to treat them as partners and enter into immediate consultations with local authorities on the steps taken to manage the economic and social crisis. They complained that district governments are forced to carry out ever-increasing tasks from declining revenues without substantive support from the government and even satisfactory information about its intentions.

Meanwhile, in a swift about-face following opposition outcry, the government withheld an amendment proposal that would have stripped local mayors of some powers under the state of emergency. The proposal, submitted to parliament last Tuesday, would have made all mayoral decisions subject to approval by a local defence committee.

The number of confirmed cases of Covid-19 in Hungary has soared to 733, with the death toll now standing at 34.

This Monday the government introduced a nationwide free parking to urge people to use their own cars instead of cramming into public transport vehicles.

This opportunity coupled with the advent of warm weather may tempt a growing number of Budapest residents to break lockdown restrictions, which will inevitably lead to a surge in cases, Róbert Kiss, a member of the crisis operative board warned at an online press conference. He said that on Saturday alone police recorded 301 violations in the capital, filed charges against 24 people and fined 14.