Restrictions on movement will remain in Budapest and surrounding settlements, Mayor reduces speed limits in the capital 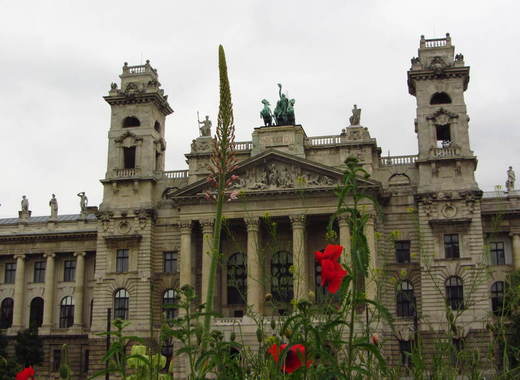 On the 49th day of the coronavirus emergency, Hungary is entering the second phase of protection against the pandemic, Prime Minister Viktor Orbán announced on his Facebook page on Wednesday night. According to Orbán, thanks to the joint effort, the Hungarian healthcare system is now prepared to treat a mass influx of cases.

Gradual and controlled easing of restrictions

“Today, we no longer have to worry about anyone being left without adequate care," the Prime Minister said, repeating his earlier words: "we are preparing for the worst, but of course we hope for the best."

The improved health situation allows us to try restarting life in Hungary together, but we must act gradually and according to a strict schedule, he added. This means that the tight protection of the elderly and the people living in the most infected areas must be maintained.

And since most infections are concentrated in the capital Budapest and in the surrounding areas and settlements, restrictions on movement there will remain in force, he said. In rural areas, the curfew will be replaced by new protection measures.

Confirmed cases in Hungary have risen to 2 775 with 312 fatalities, koronavirus.gov.hu reported on Thursday. Budapest leads with 1 368 cases, followed by Pest County (375) and Fejer county (271). Vas County has the lowest number of infections in Hungary - 14.

As part of the partially relaxed regime, stores can operate without a time limit. The flower shops can be opened with no hindrances from tomorrow in preparation for Mother's Day. The terraces and gardens of restaurants and cafés can also serve customers.

Outdoor beaches will reopen to the public. However, shoppers and commuters must maintain a protective distance of 1,5 meters and wear a mask or face cover.

Adding to the mix of measures, Gergely Gulyás, head of the Prime Minister’s Office, told an online press conference on Thursday that schools will stay closed in May and free parking will continue to be available across the country.

On Monday, Mayor Gergely Karácsony proposed to reduce the speed limit on the motorways of the capital from 70 to 50 km/h, and on the secondary and subordinate roads from 50 to 30.

Pro-government media did not think twice to attack the decision which had been made without convening the General Assembly of Budapest (mayors are entitled to such actions under emergency powers granted to them, however).

The Mayor responded on his Facebook page that his proposal aims to “reduce the number of fatal accidents in the capital to zero in the long run.” Moreover, speed limits would not be lowered everywhere in the city and many zones are seeing a drop in traffic anyway due to the lockdown, he stressed.

Budapest needs liveable spaces rather than narrow streets in which pedestrians and cars interfere with each other, said Karácsony, repeating his pledge for a cleaner and greener city with better public transport and enough facilities for walkers and cyclists.