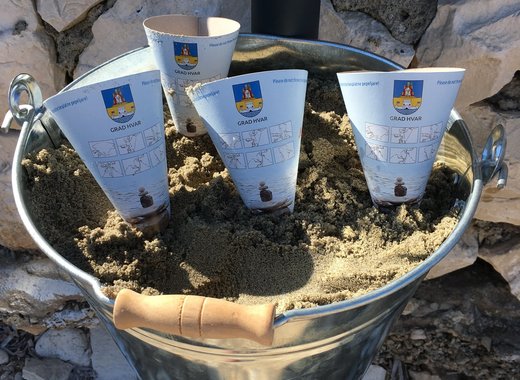 One of the biggest waste problems on beaches are cigarette butts. Discarded cigarette butts which are dropped in the sand are not just unsightly trash and litter but are also toxic chemicals and carcinogens which are then swallowed into the sea. To resolve the problem Hvar Municipality has already introduced biodegradable paper ashtrays on beaches.

The good practices were introduced in 2018 at the island of Pag as a simple solution to help fix the big problem, now their project has spread and has been embraced by the town of Hvar on the island of Hvar. With birds and fish often misinterpreting toxic butts for food,  Pag island launched the project ‘Please don’t throw your butts, our birds and fish do not smoke”. The free paper ashtrays have sand inside them and can be used several times. After using the ashtray, you can pull it out from the sand which comes out through the holes in the ashtray. After that they can be put in nearby rubbish bins, informed Hvar Municipality. TheMayor.EU hopes that other towns, beaches and tourist boards will follow this positive example coming from Croatia.