Hydra, one of the most picturesque Greek islands where no cars are allowed

Residents and visitors can travel from the main town to the island’s beaches and other small villages by water taxi, donkey or on foot 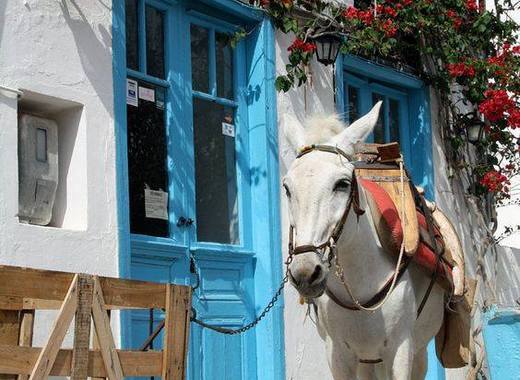 In the Aegean Sea, between the Saronic and Argolic Gulfs, sits an island called Hydra. It features a preserved stone village and marble cobbled lanes. Unlike the other Greek islands, Hydra is free of all wheeled vehicles including cars and doesn’t have an airport. The only way to get to Hydra is to sail or ferry in. The only means of heavy transport on the island are mules and donkeys.

Despite the island’s popularity, its natural beauty has remained intact. While other islands are expanding in order to accommodate the large number of tourists, Hydra has remained the same over the years. There is a preservation law which doesn't allow the installation of new buildings that would take away from the appearance of the town. So, Hydra is in much the same state as it was 50 years ago.