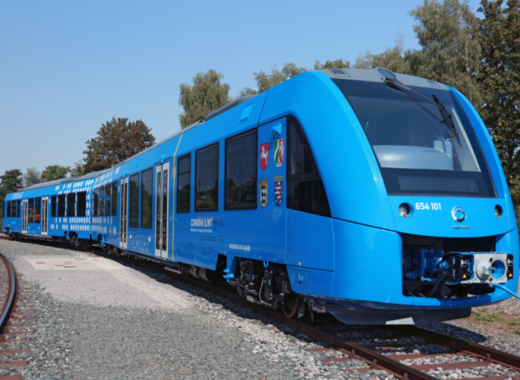 Ten days of testing the Coradia iLint – the world’s first hydrogen fuel cell passenger train – have been completed in the Netherlands, announced Alstom. This makes the Netherlands the second country in Europe after Germany to do this.

The emissions-free solution was tested on the 65 kilometres of line between Groningen and Leeuwarden in the north of the Netherlands. This was possible thanks to a pilot agreement signed last October by Alstom and the Province of Groningen, local operator Arriva, the Dutch railway infrastructure manager ProRail and the energy company Engie.

The train has been developed and produced by Alstom teams located in Salzgitter, Germany and Tarbes, France. The technological company believes that their train, powered on hydrogen, is reliable and highly performant, just like traditional regional trains.

Moreover, the company points out the added benefit of hydrogen trains - they are emissions-free and make considerably less noise. This can ultimately advance the EU on its targets to achieve carbon neutrality, reiterates Bernard Belvaux, Managing Director, Alstom Benelux.

Hydrogen train in the Netherlands

As for the Netherlands in particular, the country's railway network has approximatively 1,000 kilometres of non-electrified lines on which around 100 diesel trains currently operate every day.

The tests in the Netherlands have been carried out during the night with speed up to 140 kilometres per hour and with no passengers on board. This has required the installation of a mobile filling station, erected for refuelling the train with hydrogen.

This was not the hydrogen-powered train's first test, however. For 18 months it has been serving passengers on the Buxtehude–Bremervörde–Bremerhaven–Cuxhaven line in Germany.

Coradia iLint is the first regional passenger train to enter service equipped with fuel cells capable of converting hydrogen and oxygen into electricity, explains the company. It emits nothing but water, therefore is regarded as a clean, sustainable mobility solution.