They could contribute to the country's reduction of greenhouse emissions 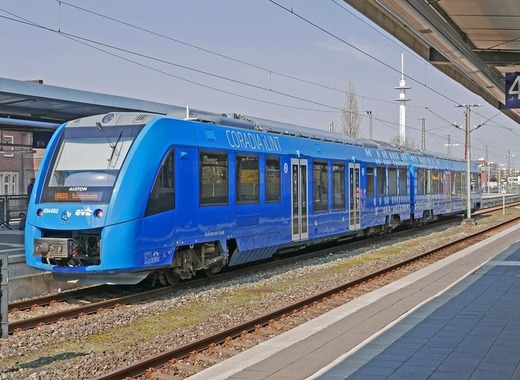 The National Railway Company of Belgium (SNCB) may soon look into the possibility of introducing hydrogen trains, reports The Brussels Times. As early as next year the company might start surveying the pros and cons of using trains powered by hydrogen according to the National Climate and Energy Plan which was adopted by the Belgian federal government on Friday.

The Climate and Energy plan of Belgium for 2021-2030 should be submitted by Belgium to the European Commission by the end of 2019. In this plan, the countries are requested to detail how each of them will contribute to the long-term objective of reducing the greenhouse emissions in accordance with the Paris Agreement. As the European legislation requires, the document has been subjected to a six-week popular evaluation, in which 60 910 participants took part.

The railway network is a very large consumer of electricity, so it is perfectly reasonable to consider introducing alternatives. Thus, the possibility to operate lines with vehicles powered by hydrogen or electric railcars equipped with batteries on short distances and on non-electrified lines will be subject to review in 2020, reads the document. In addition, the National Climate and Energy Plan aims to invest as much as 35 billion euros in railway transport.

Hydrogen makes a zero-emission fuel when burned with oxygen. Hydrogen technologies have been gaining momentum in Europe as a more sustainable replacement to fossil fuels and their use goes well beyond rail transport. Hydrogen can be used in transport – automobiles, buses, but also in the home. Earlier this year the French carrier SNCF unveiled plans to order several hydrogen trains for its regional lines, while Germany purchased hydrogen trains by Alstom back in September. Furthermore, five German states have already adopted the North German Hydrogen Strategy, which aims to prioritize and promote the use of hydrogen as part of the energy transition.