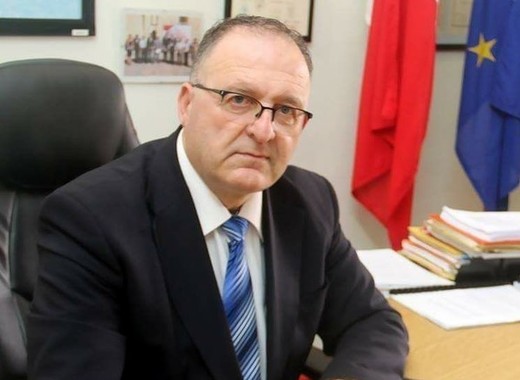 Mario Calleja is a long-serving Mayor of Marsaskala municipality. After graduating from the Savio College in Dingli, he pursued a successful career in the tourism sector in Malta. Upon his return from a professional experience in the United Kingdom, he joined the Malta Police Forces and followed a fast progressing accession into a prosecutor, private inspector and lecturer.

Alongside his political activism, Mario Calleja works with various charity and social initiatives and is member of the philanthropic organization Order of St Lazzarus of Jerusalem

Mr Calleja, how would you describe the village of Marsaskala and why tourists should come here?

Marsaskala is a beautiful village with a lot to offer. Both locals and tourist visit our village thanks to the hospitality offered and our great culture. On top of this, our residents are more than friendly. Alongside the lovely accommodation opportunities, culinary specialties and the fair prices, we have the beautiful promenade and nice beaches that we educate people to keep clean.

With the help of European funding (ERDF) the Local council manages to upgrade and promote sites such as the Fort St Thomas, thereby stimulating its transformation into attractive niche tourist destination. Can you tell us more about these projects and the various ways in which you preserve the cultural heritage of Marsaskala?

Indeed, we were awarded EU funds and embellished the outdoor part of the St Thomas Tower. This happened on its 400th anniversary. In the meantime the Tower is under the remit of Malta Heritage and they also succeeded in receiving funding from a local bank, hence they will start the restoration with the intention of converting and transforming it into a Museum of the Pirates of the Mediterranean. We are convinced that this site will attract tourists to visit the Tower.

Another interesting European project – EULOCAL - connects 5 municipalities under the objective of underlining the advantages of EU membership, especially for small settlements. How do you evaluate your participation and what have you managed to achieve so far in terms of promoting cultural diversity and involving young people?

The EULOCAL project was very beneficial to all 5 municipalities. It was launched here in Malta in October 2017 and closed in Hungary in October 2018 with duration of one year. Leaders of this project were Koszeg (Hungary). Participants were from Velettri (Italy), Bad Kotzing (Germany), Chojna (Poland), Koszeg (Hungary) and us Marsaskala (Malta). Residents from all municipalities exchanged visits and learned from each other, experienced different culture, food, drink, music etc. Apart from several interesting discussions, there were also field presentations, such as the one of honey production in Bad Kotzing.

Among other interesting subjects discussed were immigration and integration, as well as wastage of water. Reports were prepared in two languages: in English as international language and in the one of the respective municipality. The number of residents who participated was significant.

This is your third consecutive term as a Mayor of Marsaskala. Could you tell us how the locality changed over time, what has caused the gradual increase in population? What are the most important initiatives you have initiated so far?

I have been in office since 2006 and I can say that Marsaskala is a very challenging locality. When I took office the population was only 7,000 inhabitants and we were only 7 councillors. Presently the population has exploded to 14,000 in winter which more than doubles in summer.

Marsaskala is a beautiful municipality and is overwhelmed by new comers; hence the construction of blocks of apartments has exploded. Whoever had a piece of land transformed it into a block of flats. Nowadays people cannot afford to build their residence so they prefer to hire apartments. Mind you prices are sky high.

I still believe that the registered number of residents is not correct. One has to consider those residents who live in Marsaskala and have their id cards registered somewhere else on the island. These include concubines and another aspect is related to the immigrants. Sometimes it turns out that 10 people are living in one apartment and none of them is registered.

As regards initiative taken by me, I do believe in our residents. I use social media a lot so I am in contact with them every single minute of the day. I simply tell residents to inform me about any wrongdoings of irresponsible people. I tell them that we must be united. As a Police Inspector, I do believe in neighbourhood watch so I involve residents in policing. We emphasise on cleaning. People visiting our locality should not merely enjoy the nature of the village but also be engaged with keeping it clean.

What projects and actions contributing to the social and economic development of the locality are previewed for 2019?

This year 2019 is a very exciting year for our locality. In January we will open a new primary school which will cater for 600 students and will comprise of kindergarten and primary. We will be opening officially a new full size football pitch. We will be having a new Police station. We will commence works on the PIN which is the National Natural park of INWADAR. We issued tenders to embellish St Ann Gardens and also that of the new administrative building. We are looking forward to the demolishing of the Ex Jerma Palace Hotel which is quite an eyesore and hopefully we will see the development of a new 5 star hotel.

Finally, how would you evaluate the necessity of a portal that compiles the best practices of European municipalities and aims to keep the citizens informed about the latest developments in local policies, such as TheMayor.EU? How can our platform be useful to local administrations?

Being members of the Douzelage Twinning Organisation there is no doubt that we are collecting the best practices within the European municipalities. Before March 29th, we are 28 municipalities in the organisation, as Sherborne (UK) has to leave due to Brexit. We do meet once every year during the AGM which is held alternatively in every municipality. We will host it in Marsaskala in 2022.

Recently our Local Councils in Malta have celebrated their 25th anniversary. We discussed a white paper in Parliament renew policies. I believe in communication and exchange of ideas. We do learn from each other since every municipality has its own culture, language and identity.