“I Have Courage” Campaign launched in Graz 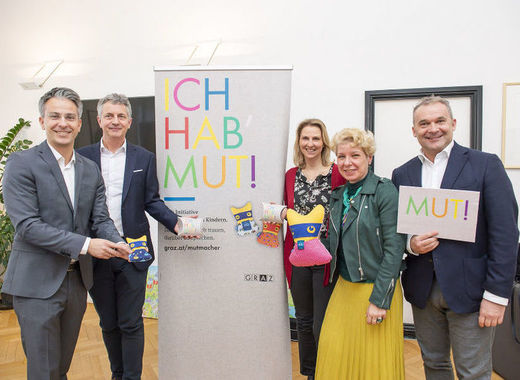 Reduction of violence against children is one of the priorities in Austrian state human rights policies as well as in its development programs around Europe and the world. Austria is also one of the countries that have very strict laws when it comes to maltreatment and violence which are fully enforced. The initiatives and programs encompass topics such as sexual abuse, life skills, and development training, school anti-bullying initiatives, parenting education, etc.

The City of Graz has a well-developed and long-standing Child Protection Services office that works in areas such as physical, psychological and sexual violence. Only in 2019, 720 families were consulted and advised.

At the beginning of the new 2020, the City of Graz initiated a program against children’s violence. It was proposed by city councilor Kurt Hohensinner and became possible due to the cooperation between the Office for Youth and Family and the Department for Education and Integration of Graz.

The main aim of the campaign “I have courage” is to raise awareness of the problem still existing in many areas across Austria and to give more information regarding child protection.

At the center of the project are the so-called Mutmacher or “courage givers”. They come from the three socio-economic companies in Graz – “tag.werk”, “Youth at Work” and “heidenspass”. The aim of the campaign is to help children have the courage to tell about their problem as well as help their families deal with it.

These are dolls made of different materials and given to all 3-graders in Graz elementary schools. The appearance is unique for each of them and depicts an animal that can be associated with courage. They will serve as a conduit between the parents, teachers or other adults and the child that is at risk or under suspicion of being abused.

The initiative also has a preventive function implemented through different seminars and trainings. In this way parents  can strengthen their parenting skills and get advice on child protection and proper behavior. The project further stresses the fact that raising a child is a responsibility of the whole society. Not only parents but teachers and other people included in the child`s everyday life should take part in these awareness trainings.