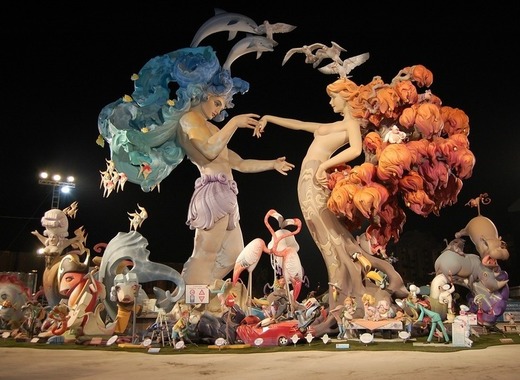 The Generalitat of Valencia will be postponing the celebration of Las Fallas and Magdalena 2020, it was announced on Tuesday. The tough decision was made upon the instruction of the Ministry of Health of Spain.

The president of the Generalitat, Ximo Puig, has informed that all events that are part of Las Fallas will be cancelled throughout the Valencian Community. Same goes for the celebration of the Magdalena in the city of Castelló.

This will last until the sanitary emergency situation, caused by the coronavirus outbreak in Europe, is discontinued. Despite the severe consequences this might have for the local tourism and business, absolute priority is given to the protection of the health of citizens with the intention to minimize risks of contagion, explains the authority.

Similar measures have been applied already to other events in Europe, including the Carnival of Venice, the Carnival of Nice, the International Tourism Fair of Berlin or the Mobile World Congress of Barcelona.

Preparedness of the healthcare system of Spain

Nevertheless, the authorities reassured that there is no place for panic. "It is important to underline that we have one of the best health systems in the world, and that we also have excellent professionals.” President Puig also recognised the efforts of the 64,000 workers in the Valencian public health system. He underlined that all measures necessary are being taken.

Las Fallas festival (or the Festival of Fire) is traditionally celebrated in March with public events throughout the autonomous community of Valencia. It dates back to the 18th century and has been declared Intangible Cultural Heritage of Humanity, under the patronage of UNESCO.

The festival celebrates the arrival of spring with parades of fallas and ritual burning of these monuments.