Imotski with a record number of tourists in 2019 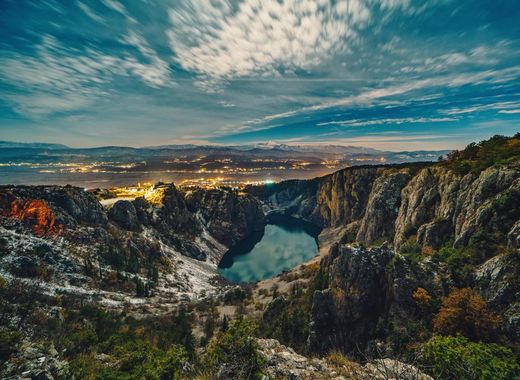 Little known by tourists for a long time, the Imotski region, located in the Dalmatian Hinterland on the northern side of Biokovo in Croatia, set a record for 2019.

As Imotski Municipality announced, there were 12,312 arrivals and 96,055 overnight stays recorded in 2019, which marks an  increase of 24% and 30% respectively compared to the previous record year.

At the same time, Imotski was the most popular destination in the region with almost 30,000 overnight stays, which is an increase of 30% compared to 2018. The nearby municipality of Runovici recorded the highest percentage increase in the number of overnight stays, up to 125%, but in absolute numbers it was slightly less than three thousand overnight stays.

Other Imotski municipalities which achieved an increase in tourism during the last year were:

The Blue and Red Lakes

The main reasons for the tourism boom are the region's many breathtaking natural sights, close proximity to the sea and the  peace and relaxation it offers. Some of the most popular attractions that provoke visitors' admiration are the Blue and Red Lakes - two pearls of nature.

The Blue lake is one of the most beautiful Croatian and European lakes. It can be approached by a set of steps and is a favourite bathing area during the summer. Named after the red rocks at its edge, the Red Lake is difficult to access due to the steep cliffs that surround it. This karstic cave is 528 meters high, and about 281 meters deep, forming one of the deepest lakes in the whole of Europe.