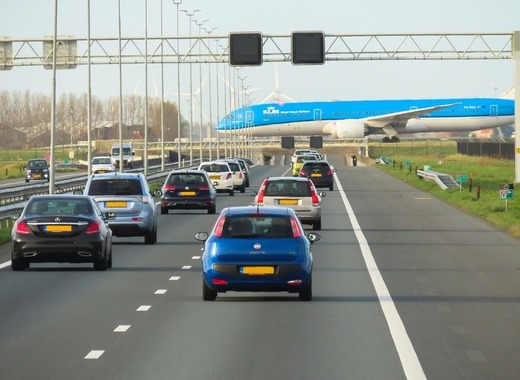 Yet another piece of good news for the residents and commuters of Amsterdam. Thanks to a loan, provided by the European Investment Bank (EIB), traffic around the Dutch capital will be alleviated, and residents will see their life quality improved, in particular when it comes to noise pollution, connectivity and visual experience.

The EU bank as it is also called has agreed to provide a loan of EUR 350 million to support the improvement of a section of the A9 highway near Amsterdam, between Badhoevedorp and Holendrecht (“A9 BaHo”). The project is part of the core TEN-T network, on the North Sea – Baltic corridor and previews the instalment of sound barriers and a 1.3 km sunken section.

The undertaking is expected to improve traffic on the Schiphol-Amsterdam-Almere (SAA) corridor, which is meant to facilitate the connections between Schiphol airport, Amsterdam and Almere, a major residential area for commuters working in the capital city. The SAA-programme previews to upgrade of a total of 65km of motorways with sections of the A9, “A1/A6” and A6 motorways, all of which have received EIB support in the past. Works on the A9 BaHo section are expected to start in early next year.

Investment Plan for Europe in action

Technically, the project previews the widening (from 3 to 4 lanes) of an 11km stretch of motorway, including upgrades to bridges on ten river crossings. An additional positive effect is to be experienced by the residents in the area, as sound barriers will be placed and a 1.3 km stretch will be “submerged”. This measure is expected to reduce the negative visual impact, the noise and also improve the connectivity of the communities on the two sides of the highway.

The EIB loan benefits from the European Fund for Strategic Investments (EFSI) which is an important element of the Investment Plan for Europe, also known as the Juncker Plan.