In an attempt to alleviate traffic, Luxembourg facilitates car-sharing 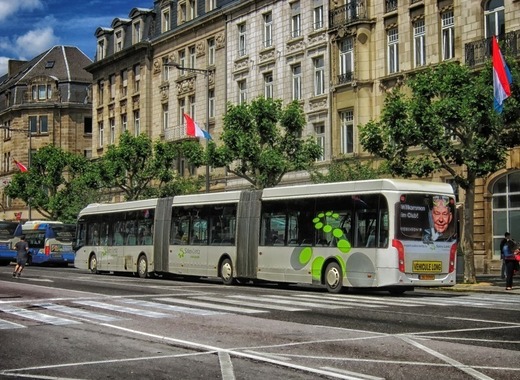 Luxembourg – a country seriously affected by traffic congestions – is getting ready for a new approach to reducing the number of automobiles on the road, namely through car-sharing. In addition to automobiles massively occupied by only a single passenger, the situation at the moment is considerably worsened by daily commuters moving from neighbouring countries through and towards the centre of Luxembourg city. Hence, on May 6, 2019, the Minister of Mobility and Public Works, Mr François Bausch, presented the carpool project and the redevelopment of the emergency stop strip on the A6 motorway, so that shared automobiles could move along the emergency stop band.

The minister clarified that at peak times, there are at least 250,000 unoccupied car seats moving towards the city centre, hence the objective would be to allow more people to move using fewer vehicles. Roland Fox, director of the State Roads Authority, explained that in order to ensure carpooling on the emergency lane, the modulation of the speed at 90 kilometres per hour and the disposal of the emergency stop band at rush hour were required.

On the Belgian side, the adaptation of the emergency band and rehabilitation work is under way between Arlon and Sterpenich, for a distance of 11 kilometres. In Luxembourg, the car-pooling project will cover 6.5 kilometres between the border at Sterpenich and Mamer /Capellen. Currently surveillance systems related to carpooling are being evaluated and adaptations of the road code are planned. It should also be noted that nine refuge areas will be set up (every 500/1000 meters) and the Steinfort heat exchanger will be refurbished.

From the end of May or the beginning of June 2019, a test phase in speed regulation will be carried out on the A6. It will probably last until the summer holidays, the maximum speed allowed during peak hours being therefore 90 km/h.

The total cost of the project which is expected to last for two years can reach as high as 60 million euros and is planned to begin implementation in 2021.