In Râmnicu Vâlcea public transportation can be paid with bank cards

With the new technical solution, the Romanian municipality becomes more and more smart 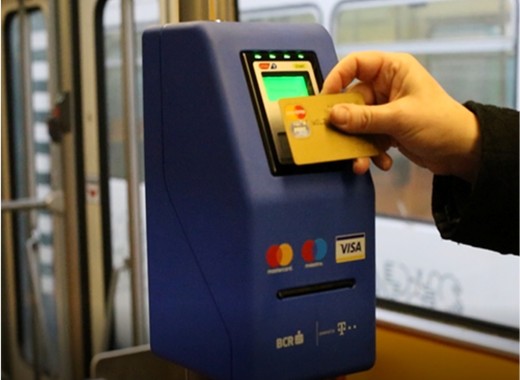 New contactless card payment methods for bus and minibus travels of the urban passenger transport company called ETA S.A. owned by the Local Council of Râmnicu Vâlcea municipality were introduced in early June, announced the municipality in a special press release for TheMayor.EU. Râmnicu Vâlcea becomes the eighth city in Romania to have adopted such modern payment methods for urban passenger transport and thus joining the trend highlighted by the “Cashless Cities” Report which points out that digital payments have the potential of significantly reducing public transport-related costs covered by municipalities.

The new payment system was unveiled and introduced at a press conference attended by Deputy Mayors Carmen Preda and Eusebiu Veţeleanu, ETA S.A. Manager Andi Davidescu as well as representatives of the Romanian Commercial Bank who, along with Telekom, have implemented the technical solution.

The new payment system in ETA S.A. makes public transport even easier: passengers just have to approach the POS terminals installed on the buses with their contactless bank cards and they immediately receive a notification of the transaction. The terminal then issues a proof of payment - a receipt - which the passenger must keep until getting off the respective means of transport. The bus trip paid via a contactless method is not commissioned and has the same tariff as the ones charged through other existing payment methods. VISA, Mastercard and Maestro contactless cards are accepted, issued by any bank in the country or abroad, and the transactions take place in a fully secure environment. The new POS terminals shall be available on all 45 buses in the ETA S.A. Company.

The ETA S.A. Company has the City Council of Râmnicu Vâlcea as sole shareholder. Enjoying the constant support of the local government, in the autumn of 2016, the company introduced the E-Ticketing System and in early 2018, it became the first local passenger transport company in Romania to purchase three minibuses propelled with compressed natural gas (CNG) which was subsequently rewarded in March 2019 with prizes at national galas such as the ”Romanian Passenger Transport Company of the Year 2019” and “Energy CEO Forum & Awards 2019”. Thanks to an infrastructure project with European funding of around 14,780,000 Euros (of which almost 5,450,000 Euros is a European grant) ETA S.A. will buy another 7 CNG fueled buses.