In the spotlight: 450th anniversary of the Union of Lublin 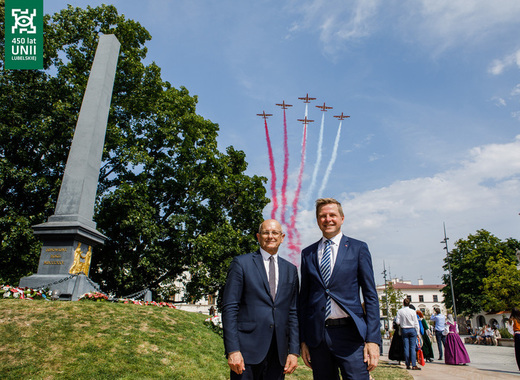 This year the 450th anniversary of the Union of Lublin is celebrated. According to some historians, it was in the Polish city, back in the 16th century, when the values ​​and ideas of a European Union were first emphasized through the signature of the Union establishing the Polish-Lithuanian Commonwealth. Thus, in order to mark this important anniversary, the Sejm of the Republic of Poland named 2019 as the Year of the Union of Lublin. The main celebrations of the jubilee in Lublin took place between June 28 and July 4 with the participation of state and local government authorities.

“I would like to thank you for joining the organization and celebration of the 450th Anniversary of the Union of Lublin”, said Mayor Krzysztof Żuk. “Thank you for your ideas and engagement, inspiring meetings and extraordinary experiences. Thank you for contributing to this unique holiday and the time we spent together” he continued.

In the main part of the festive programme almost 100 events took place across the city including walks in the footsteps of the Union, concerts, performances in historical sites, staging and historical reconstructions, meetings with Lithuanian artists. Residents and guests of Lublin had the opportunity to learn about traditional games and the culture of the Renaissance. During to the Festival of East Culture - Inne Brzmienia, Lublin became a meeting place for music of Poland, Lithuania, Ukraine and Belarus for a few days. 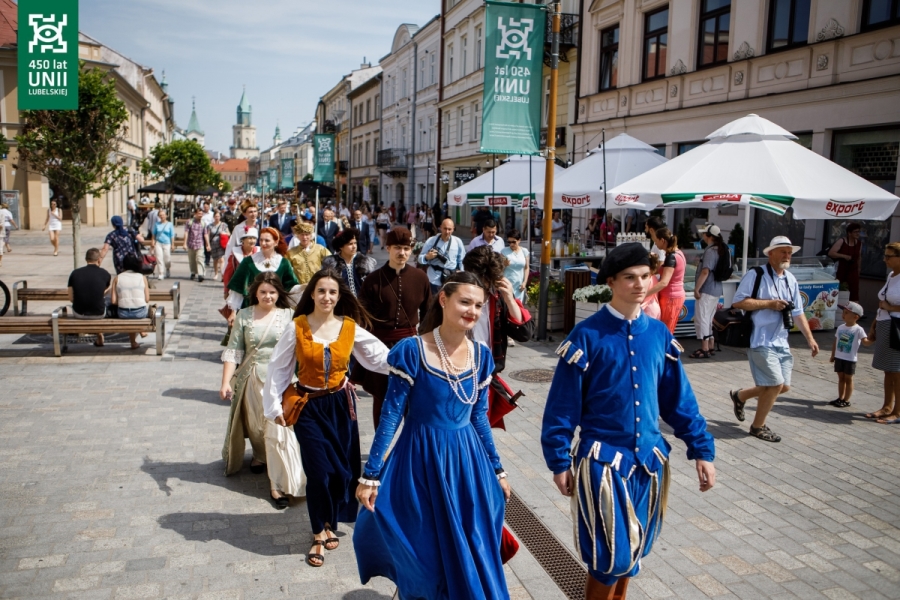 The event also turned Lublin into a political centre of Poland for a while thanks to the meeting of the Speakers of the Sejm and Senate of the Republic of Poland, Chairman of the Lithuanian Sejm and foreign guests, including delegations from Lithuania, Ukraine, Latvia, Estonia, the Czech Republic and Hungary. On the occasion of the Union of Lublin Day, the city hosted nearly 20 foreign delegations from partners and partner cities at the Solemn Session of the City Council.