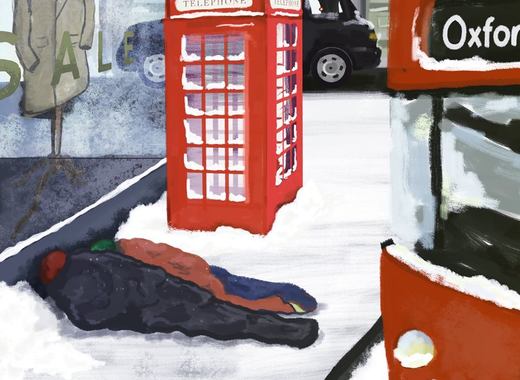 The City of London is using weather data displayed on giant screens and radio broadcast, when the temperature in London drops to zero or below. In less than three months, the campaign has already raised more than 200 000 GBP for the London Homeless Charities Group, a coalition of charities working to tackle rough sleeping.

The initiative is part of Mayor Sadiq Khan’s campaign to tackle homelessness. The campaign aims to raise awareness of how to help rough sleepers during the freezing weather. It encourages Londoners to keep donating, either via the GoFundMe page or the TAP London points, and to refer any rough sleepers they are concerned about to StreetLink so they can get the support they need to leave the streets for good.

Tell us how your city helps homeless people during the winter. Write to us at office@themayor.eu and we will spread the word.