The low-traffic, pedestrian-priority area is designed as part of the city’s overall desire to rethink mobility in the urban area 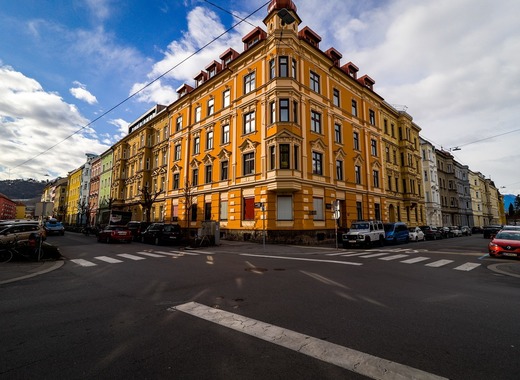 Austria's Innsbruck is getting ready to unveil its first-ever “meeting zone” as part of the local administration’s desire to rethink the future of mobility in the city. The three-street zone will be inaugurated on 16 September – e.g. on the onset of the European Mobility Week and will place an emphasis on promoting pedestrian traffic.

Pedestrianization as a goal to strive towards

Alternative modes of transport have been a special focus of Innsbruck’s authorities over the last few years with the new “meeting zone” set to serve as an example of how far the city has gotten.

As explained by the Vice Mayor of Innsbruck Uschi Schwarzl "The city of Innsbruck is committed to giving priority to the so-called environmental network - that is, getting from A to B in an environmentally friendly way on foot, by bike and by public transport." Thus, the new zone fits perfectly into the local government’s vision.

The new “meeting zone” is essentially an area in the centre of the city dedicated to allowing easier pedestrian travel. Cars using the streets encompassed by the zone will be limited to running at 20 km/h, thus giving citizens the opportunity to safely stroll around the location.

The current iteration of the “meeting zone” is constricted to Wilhelm-Greil-Strasse, Meraner Strasse and Erlerstrasse but the local government is already planning on creating three additional ones in other areas of the city that are of special interest to pedestrians.

The first “meeting zone” is also a trial run for the entire concept. Should the zone prove to be popular over a period of three weeks, local authorities have declared that they will consider making it a more permanent part of the urban environment in the future.