"United we stand strong" - the future of the European project is in unity, responsibility, solidarity and democratic values" 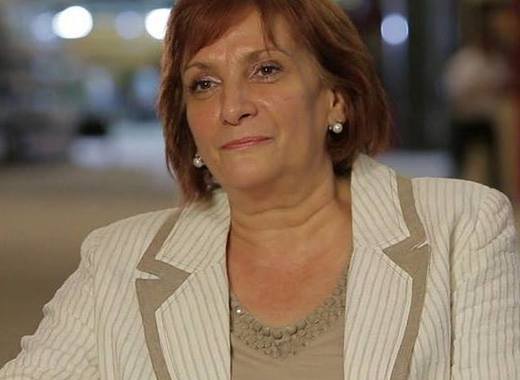 TheMayor.eu had the pleasure to interview Mrs. Iskra Mihaylova, one of the most influential women in the area of Regional Development in Europe. Her path into active politics began in 2001 when she was appointed adviser to the minister for regional development. In 2005, Mrs. Mihaylova continued her involvement in regional policy as deputy minister up to 2009. In the period 2009-2013 she was Member of Bulgaria’s 41st National Assembly and Chair of the Parliament’s Committee on Environment and Water.

From May 2013 up to June 2014 Mrs. Mihaylova acted as a Minister of the Environment and Water of Bulgaria. For years, she has worked for the implementation of the European Cohesion Policy in Bulgaria and was actively involved in the Operational Programmes “Regional Development”, “Environment” and in the monitoring committees of cross-border cooperation programmes. Since 2015 she has become Member of the European Parliament to the Group of the Alliance of Liberals and Democrats for Europe. Currently, Mrs. Mihaylova is Chair of the Committee on Regional Development at the European Parliament.

Does being Chair of the Committee on Regional Development mean more recognition or more responsibility?

Definitely more responsibility. The Chairperson of REGI is responsible for the work of the Committee - regular meetings with theirs agendas, invited speakers, scrutiny process, balance between different topics, coordination in organization of workshops or hearings and process of preparation, discussion and adoption of the initiative or implementation reports, legislative proposals and exchange of views with the members of the European Commission. Chair decides about the need of extraordinary meetings and their topics, agendas and guests. All this is possible to be fluently organized only with the support of the Secretariat of REGI Committee and in close constructive dialogue with the coordinators of the political groups.

The Chairperson represents the Committee into the Conference of Committee Chairs and deals with possible (and unfortunately very often) conflicts of competences and transparent good coordination with the other Committees and Parliamentary services, as well as with the European Commission during the preparation and negotiations on the EC annual Working program.

The Chairperson moderates the trilogies with the European Commission and the Council on the legislative dossiers in competence of REGI.

The Chair is responsible for the performance of the REGI files into the Plenary Agendas. The Chair speaks in Plenary on behalf of REGI.

In many cases the Chair takes the responsibility to be a rapporteur for some files which require balanced position on behalf of all political groups. That's why I have so many reports and opinions as a rapporteur.

This is a brief picture of the responsibilities of the Chairperson. The recognition comes after that as a result of the work done. I am very grateful for the Award for 2017 and for the high level in ranking, given by independent jury or organizations. But I know the recognition is for the all REGI Committee, for the all members, policy advisers, assistants and for our full commitment to the goals of European Cohesion policy.

How the Committee on Regional Development can support the daily work of a mayor of a small village in Bulgaria and a mayor of megapolis in France for example?

The Committee on Regional development is part of the European Parliament. Each one of the members of REGI is coming from different regions of Europe. They are directly elected and represent different political groups, but they bring to the parliament the knowledge coming from regions. Many of the REGI members have background from the local and regional authorities, some of them have experience from the European Committee of the Regions. In this way REGI is very close to the problems of each one of the small village in Bulgaria and each one of the large cities and capitals across Europe.

We work in close partnership with the Committee of the Regions and their COTER Commission organizing joint meetings, thematic hearings and even join declarations like the One on the Urban Agenda.

We have working relationships with number of the European organizations, representing regions and municipalities like Eurocities or CPMR. They are often guests in our meetings. The last meeting with them was on 1st February on the Extraordinary REGI meeting in which four organizations together with COR and EESC had a forum to present the opinion of their members on the future of Cohesion policy post 2020.

Every one of the initiative or implementation reports and opinions, prepared and voted in the Committee, is useful and supportable for the local authorities.

Every one of our legislative decisions is focused on the implementation of European Structural and Investment Funds, what is a real support for the mayors. For example - in the end of last 2017 we finalized the Trilogies on the Revision of Current MFF, so cold Omnibus dossier. For the first time in many years we have agreed solutions for the real effective simplification in the implementation of ESIF. We expect in this 2018 each one of the beneficiaries to feel the change.

The link between European citizens and European governance is very important and very sensitive. We are losing the trust, we are lost in the explanations of the decisions, which are far away from the expectations and everyday life. If we believe in the future of United Europe we have to come closer to the European citizens. One of the ways is through the working links of the local authorities, who are closer to the simple problems and responsible for the efficient solutions. Better information for the citizens means more trust and more flexibility in governance. Informed citizens are active citizens and their support is needed for the local, regional, national and European authorities.

In 2018 the difference between the most developed and least developed regions in EU28 increases or decreases?

Unfortunately the difference between the regions in Europe increases. There are differences in level of development of infrastructure, innovations, human resources, social services and social inclusion, investments and overall level of competitiveness.

The economic crises made these differences deeper and broader. United Europe has to take the responsibility for the future of all European regions and for the Efficient Regional policy. One of the key solutions will be the cooperation and complementarity. Complimentary between programs and financial instruments and cooperation between regions. The Seventh Cohesion Report gives clear picture of the differences, but also of the development and positive tendency as an Added value from the Cohesion policy. REGI works on special Own Initiative Report on the outcomes from the Seventh Cohesion Report, where we will implement our vision for the future post 2020 Cohesion policy.

Do you believe that project funding is essential for the EU Regional cohesion policy to succeed?

The EU Regional policy is a successful policy. For more than 30 years there have been many examples of positive changes, achieved because of the Regional policy. Each one invested Euro brings added value. If you look at the Seventh Cohesion Report you may discover impressive achievements as a result of the support from ESIF.

But we have to remember that modernization and development are part of this successful story. We have to change the Cohesion policy in the context of the new challenges and new level of development of European economy. Territorial dimensions should be in the bases of the new model of cohesion policy. We should create more flexible, open for cooperation with the other policies, using financial instruments, understandable for citizens, simplified and bringing added value, linked to the process of reforms Regional cohesion policy.

What is the future of the European Union Project in your point of view?

I do believe in the future of the European Union Project. Not only because it was successful and brought peace, prosperity, solidarity and common democratic values. But because in the periods of crisis United Europe acts more successfully and effectively than it could be done by each one of the member states on its own.

And we can see the examples during the years after the economic crisis and referendum in UK and during the negotiations on Brexit. Today we have stronger and United Europe in which 8 million jobs had been created since 2015. The economic growth is visible and level of investments is going well including private investments and combinations between Structural and Investment Funds and new instruments like European fund for strategic investments.

We need more, we need to be competitive, and we need to involve young people, to find solutions for the democratic challenges, to support innovative ideas. We need to guarantee the security of European citizens. We need to solve migrants’ crises, to take responsibility for prevention of climate changes. No one of the member states can do this alone. As we repeat during Bulgarian presidency "United we stand strong". The future of the European project is in unity, responsibility, solidarity and democratic values.

TheMayor.eu, the portal of European municipalities, has already started to organize the first official awards "Mayor of Europe ". The main goal of the event is to recognize the significant work of the local authorities and to promote and support city strategies, projects and ideas that can potentially improve their citizens’ life. Do you think that European mayors need such recognition?

I hope the mayors from around Europe will accept this idea as an opportunity to share the vision, innovative decisions and good practices in multilevel governance. I wish a very good success to the awards.