István Juhász: Becoming a business-friendly council is fundamental to us

Interview with István Juhász, Mayor of Kistarcsa in Hungary 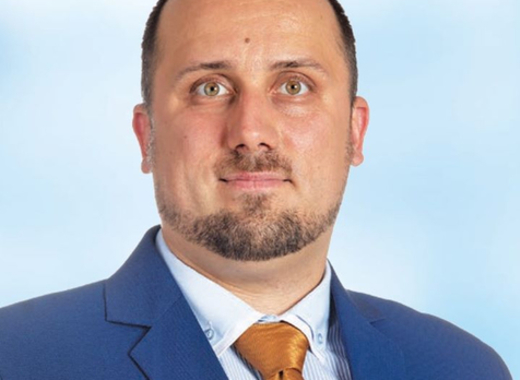 István Juhász is the new Mayor of the town of Kistarcsa and one of the youngest mayors in Hungary. He won the last local elections in October after serving in the local government as a deputy-mayor. In this interview he talks about how the town has changed over the years and what it takes to teach other EU municipalities.

Mr Juhász, how would you describe the town of Kistarcsa? What could a visitor discover there?

Our town preserves traditions rooted in past centuries, which we are rightly proud of. Kistarcsa has a colorful cultural life, where everyone can find a program to their taste. One of the most popular is the Pig Sticker Festival (Böllérfesztivál), which is organized every winter, since 2012. This is the most visited culinary event of the town, which welcomes competing teams from both inside and outside the country to the pig sticker competition.

A relatively new event – organized for 3 times – is the Sports and Family Day, held at the beginning of May every year.

Every May, the town organizes „Kistarcsa Days”, where visitors can take part in cultural, sport, health programs, enjoy culinary and art exhibitions, and theatrical plays.

Cock-cooking Festival was first organized in August, 2012. Since then it has become the most visited culinary event beside the Pig Sticker Festival. The festival welcomes teams from Hungary and abroad to compare their abilities.

Our smallest culinary festival – Görhöny Festival - is dedicated to popularizing a special Hungarian-Slovakian food, the ’görhöny’ (grated potatoes, mixed with flour, fried in oil or fat). This event is celebrated together with the Town Day, marking the day Kistarcsa became a town.

In the past few years horse tourism has spread in the region. Several horse-riding halls have been opened along the borders of the town. In addition to this, frequently visited hiking trails bring more and more tourists to Kistarcsa.

There is a Slovakian Ethnographic Collection located in our town, which was officially opened in 2008. Visitors can get to know the lives and traditions of the ancestors of families with Slovakian roots who now live in Kistarcsa.

Kistarcsa is also proud of its Székely gate (a carved, wooden gate), which was given as a gift from the town of Torja, Transylvania, for the celebration of Kistarcsa becoming a town, in 2005. The Székely gate features a unique look and special wooden carvings hand-made for this occasion.

You are one of the youngest mayors in Hungary, yet you convincingly won the October local elections. How do you explain this?

In the past years we had to work, communicate and ’be there’ for the town. I have been trying to be more active on social platforms, as the future lies in online communication. I was available almost any time of the day, even on weekends, I lived with the town. The same applies to my team, who continuously took part in the everyday work. I believe, it is also important to add that we did not team up only for the elections but have been friends and colleagues for decades. We are a real team who can respond flexibly and quickly to emerging opportunities.

You have been involved in the local government of Kistarcsa since 2008. How has the city changed over this period? What are your future plans regarding your new position? What are the main projects that you would like to implement?

Kistarcsa has changed a lot in the past ten years. Road and pavement renewals are a continuing practice, so are the developments of public buildings and areas. In the past years several energy modernization projects have been realized, for example the renewal of the buildings of the kindergarten, the school, the mayor’s office and the swimming pool. Due to the modernization, the townscape is becoming more unified as well.

In the future, we plan to continue the politics focusing on tenders and community building. We have been doing this together since 2010 and the results show that it works properly. In the future our job is to lessen the dependence on tenders and create permanent income of our own. To this end, becoming a business-friendly council is fundamental, moreover the council itself must open to entrepreneurial approach.

Is there any good practice, innovation or initiative from your town that you believe is worth sharing with the other mayors of Europe?

In Kistarcsa we put emphasis on development, especially energy modernization. In the past years every building that serves an important purpose (e.g. kindergarten, school, and mayor’s office) went through energy modernization. Solar panels were installed, the roofs and facades of the buildings were insulated, new doors and windows were built in and modernization of the heating systems was carried out. One important aspect is that modernization should also mean greening. Following the overhaul, buildings in Kistarcsa have smaller impact on the environment, contributing to the reduction of carbon dioxide emissions.

Apart from your political career, you have published two science-fiction novels. Which role  do you find more engaging – being a local representative or a writer?

Both are interesting in their own right. Representing local people means facing emerging problems that need to be solved, which needs creativity and so does writing. In both cases it is essential to see the picture as a whole and manage the different threads so they meet at the end.

TheMayor.EU is a unique platform dedicated to the municipalities in the European Union, which aims to promote their best practices and to connect and inspire the mayors. Do you consider this important to your administration?

For us, connecting and working together with others plays a major role in our administration. On local scale we work closely together with the neighbouring towns, moreover we have numerous twin towns, with whom we have developed active relationships. We have twin towns from the other three members of the Visegrád Group.

We have close relationship with Belusa (Slovakia) since 2005. The ancestors of families with Slovakian roots who live in Kistarcsa probably originated from the vicinity of Belusa. The cultural cooperation is continuous and prospering, we have already submitted a few tenders together, with success. Torja (Romania) and Kistarcsa became twin towns in 2006, our relationship is based on cultural cooperation.

Radomysl nad Sanem (Poland) is our twin town since 2013, the main goal of our cooperation is to participate in joint tenders. Fancsika (Ukraine) and Kistarcsa became twin towns in 2015. Furthermore, we are working on a collaboration with Milovice (Czech Republic). The first meeting has just taken place and we have already signed an agreement.