The dominance of far-right and populist parties within the country is costing Italy much of its influence on the world stage. Where did it all go wrong? 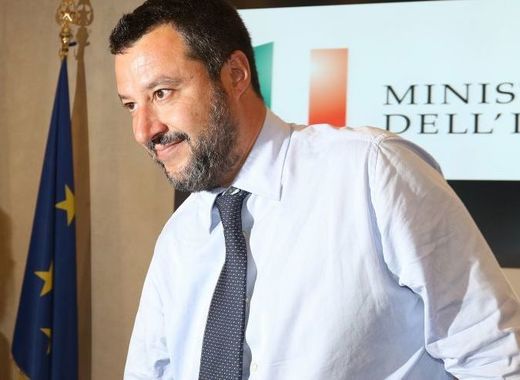 As our last analysis covered the rising importance of Spain and its newfound kingmaking role in the European Union as a result of favourable geopolitical circumstances and a stabilization for the ruling party following local elections, it is only fair that we take a look at the country that is being displaced the most from its position of dominance in the continent (well, besides the UK). This country is yet again situated at the Mediterranean coast and is of course Italy. No doubt, you’ve heard at least something about its government and parties, but if you haven’t, don’t worry, we’re here with a quick rundown.

Where are we coming from?

Italian politics are characterized with a constant struggle to keep a government alive. In its 70 years of democratic history, the country has had over 70 prime ministers. At first this was due to the specific circumstances demanding for the Italian Communist Party to remain out of government, while controlling anywhere between 20 and 40% of votes. This led to massive corruption within the dominant Christian Democratic Party which eventually turned out to be in cahoots with the Italian mafia. This discovery, and to a lesser extent combined with the collapse of the USSR (and thus Communist parties across the continent), led to the end of the first Italian republic and a massive change to how politics are done in the country.

Where did we go?

While the immediate situation was resolved with the implosion of the party and political system, the deep divides running across Italy remain strong to this day and are the main contributors to its fragmenting political landscape. The result of this fragmentation are the 4 parties which currently shape political landscape – the far-right Lega, the populist 5-star movement, the centre-left Democratic Party and the centre-right Forza Italia. Constant economic woes and crises, coupled with the massive influx of migrants and the failure of the Democratic party’s former leader Matteo Renzi to appear… well, human, have all contributed to the situation the country finds itself in today – in deepening isolation, losing its grip on the EU’s institutions and constantly on the run from the Union’s budgeting authorities.

Where did it all go wrong?

As we can’t make any grand claims regarding the origins of the current political crisis, we can pinpoint a moment in very recent history when all hinged in the balance, when the country could have taken a radically different route had it decided to do so. That moment, of course, is the 2016 constitutional referendum. The goal of then-Prime Minister Matteo Renzi of the Democratic Party was to completely reform the way politics was done in the country in the hopes of making governments more stable and help future leaders survive more  than a couple of years in office.

Without getting into the technicalities and specific issues of the referendum, at its essence the envisioned reforms would have scrapped the upper chamber of parliament, reduced regional autonomy and reduced the number of members of parliament in favour of making the ruling governments stronger and able to carry out their policies. At first the referendum appeared to have split the nation with both sides polling at similar results. And then came the mistake which would cost Matteo Renzi his political life – he tied the referendum to his own future as Prime Minister. It was reckless, as he was deeply unpopular amongst Italians after backstabbing the former leader of the Democratic Party and becoming Prime Minister without actually being elected. So, of course, he lost. And the floodgates to populism and the far-right were opened.

Rising inequality, government-imposed austerity measures and eventually the self-destruction of the Democratic Party led to the rapid rise and birth of the 5-star movement, while the refugee crisis gave a much-needed boost the northern separatist far-right Lega. These are the two main parties, currently governing in Rome, while the traditional centre has been relegated to the sidelines. The new establishment’s tenure has been eventful, to say the least. While the influx of migrants has ceased and arrivals have decreased by 99%, the problem still remains at the core of the far-right’s ideology. Coupled with outright reckless budgeting decisions and government overspending (without any results) the new Italian government has been in a constant fight with Brussels over pretty much everything.

Despite being only the junior coalition partner, Salvini’s party has managed to cannibalize the voters of the 5-star movement and Forza Italia. Lega has positioned itself as the undisputed champion of Italian politics and no-one can match their success – as of the writing of this article, the League is polling at 38%, nationwide. It is rather self-evident. Not only did the League send one of the largest national delegations to the European Parliament, it has also been dethroning incumbent mayors, councilors and regional governments everywhere across Italy. This in and of itself speaks volumes of the appeal that the new populists have to disenfranchised voters.

The victim in most cases on the regional and local levels has been the Democratic Party, which controlled large swaths of land in the centre and southern parths of the country. While its self-destruction during the 2016 referendum put a humongous dent into the Democratic Party’s power, it has at least managed to stem its bleeding of voters. Gradually some of their old voting base which went to the 5-star movement is also coming back, but it will be a slow rebuilding process – one hinging on its former leader Matteo Renzi remaining out of sight and out of mind.

You win some, you lose some

Of course no victory comes without a price. And awesome victories require the steepest prices. Emboldened by their success, popularity and polling levels on national, regional and municipal levels, the far-right Lega has been making quite a few controversial decisions. The party’s stabilization at the forefront of Italian politics following electoral victories in parts of the country has allowed it to take more aggressive stances towards some issues – specifically migration and budgeting.

Going against mainstream political opinions in the west regarding migrants and refugees might have been an easy pill to swallow for other EU leaders if the problem was self-contained. But the government’s reckless budgeting and spending sprees is what’s truly riling up Eurozone countries and putting Italy on the defensive and on the run. Having a far-right anti-migrant party in power could have been brushed aside if it were not attacking the stability of the euro.

The result is yet again clear. Italy has put itself into unfathomable isolation. It has held 3 of the EU’s 5 top jobs for the past 2.5 years and now it’s openly being discussed how Rome’s wishes in the selection of new candidates can be easily disregarded. The incumbent government finds itself in such an unfavourable international situation that the best it can do is hinder the work of other member states as it lacks the support of anyone of significance to carry out its own vision for the future of the continent.

The Lega’s national and municipal success is truly a sight to behold. While it is certainly answering the democratic voices of Italian citizens its success and recklessness might be costing the country decades of influence build-up – all for the odd chance of making Italy great again.