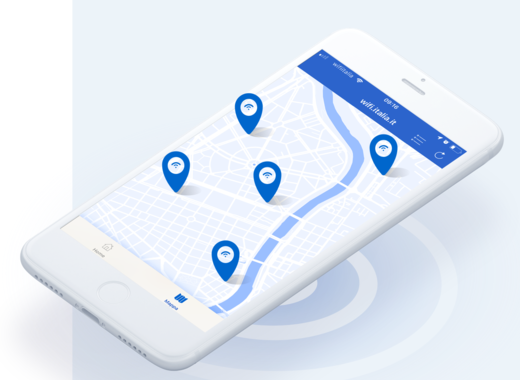 Thanks to the “Piazza Wifi Italia” project of the Ministry of Economic Development of Italy, all citizens and tourists can connect, for free and in a simple way, to a vast wifi network throughout the country. The development of the network began on 23 January 2019 with all activities taking place in cooperation with local administrations.

The Ministry has launched a series of actions to create free access points for citizens and tourists, starting with the most disadvantaged areas. Particular attention was paid to infrastructure interventions in the municipalities affected by the earthquakes in 2016 and 2017 and to those with a population of fewer than 2000 inhabitants. The results are already visible: 349 Municipalities included out of a total of 705 registered as part of the “Piazza Wifi Italia” project.

The creation of the new free wifi areas is made possible by the Ministry's funding of 45 million euro - a significant increase compared to the initial 8 million. Municipalities can request wifi points directly online, by registering on the web platform. The completion of the intervention is expected by June of this year.

Each citizen, without paying anything, can register to the network of Wi-Fi points throughout Italy, both those that already exist and those that will be established in the future, by downloading the WiFi Italy App. Besides the Municipalities, other public bodies and institutions can also be connected to the network. Thanks to the App you can have a single and simple access system of public networks already federated, with automatic connection to all points of the Wifi.Italia.it network.