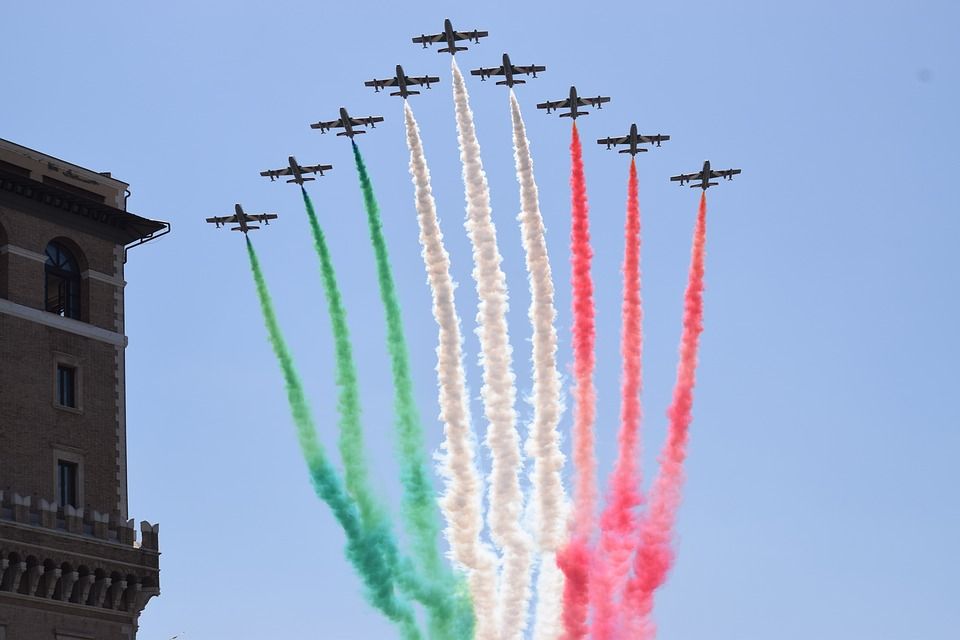 Repubic Day is the Italian National Day, which is celebrated on 2 June each year. The day commemorates the institutional referendum held by universal suffrage in 1946, in which the Italian people were called to the polls to decide on the form of government, following the Second World War and the fall of Fascism. With 12,717,923 votes for a republic and 10,719,284 for a monarchy, the male descendants of the House of Savoy were sent into exile. To commemorate it, a grand military parade is held in the capital Rome, presided over by the President of the Italian Republic in his role as Supreme Commander of the Armed Forces. The Prime Minister, formally known as the President of the Council of Ministers, and other high officers of state also attend. Today, there are important celebrations in all the Italian embassies and foreign heads of state are invited. Even though the main parade is in Rome, many Italian cities celebrate the day as well.

Prior to the foundation of the Republic, the Italian national day was the first Sunday in June, anniversary of the granting of the Statuto Albertino. From 1977 to 1999, due to economic reasons, this was the date of the celebrations for the 1946 foundation of the Republic. The 2 June date became official in 2000. The parade was held in Turin in 1961 to mark the centennial year of Italian unification.