The Latvian city is becoming known as an economically developed centre of knowledge, technologies and innovation 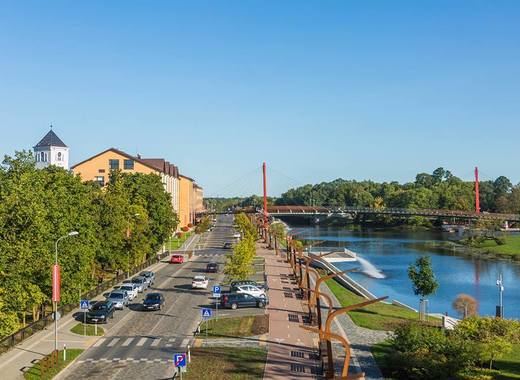 According to Financial Times the city of Jelgava is among the top 10 micro cities when it comes to connectivity and strategic attracting of foreign investments. In less than a decade, Jelgava became a modern and sustainable environment by increasing the use of renewable energy sources, improving the transportation sector and promoting energy efficiency. The city has achieved already a number of goals thanks to the connection of IT and city management services, working with tools like a cloud system and Internet of Things.

Working with Near-field communication (NFC) technology, a type of wireless data transfer, Jelgava has made the connection between citizens and city infrastructure easier and faster. The city also runs an Operative Information Centre with a 24/7 reception for complaints and suggestions; operates nonstop monitoring of infrastructural objects like streetlights and pumping stations; and provides public territory and object video surveillance. The municipality of Jelgava also works on improving the transportation sector. The City Council has introduced everything from street light control systems and wireless vehicle detections solutions to flooding alert systems and aninteractive map and mobile application  to help citizens get from point A to point B more efficiently.