John Boxall: TheMayor.eu opens up avenues for a greater knowledge of what is going on in EU states 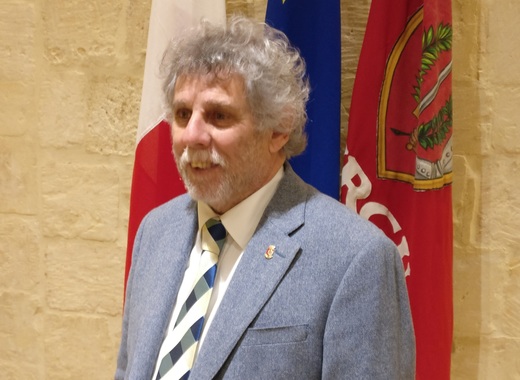 Mayor of the Maltese city of Birgu, John Boxall, speaks about the usefulness of a unified platform and the benefits of sharing knowledge and information among EU citizens and institutions.

The portal is not only useful to us and our citizens, but opens up avenues for a greater knowledge of what is going on in EU states. Pressure of time in todays’ world leave little time for people to keep abreast of developments and reading or hearing the news, but in the comfort of ones’ home, one can access the portal --- which we will propagate amongst our citizens – so that knowledge is disseminated on what is going around in the EU. A unified platform strengthens the co-operation between citizens of the 28 member states in all fields and thus open up possibilities for institutions in the respective member countries to reach out to counterparts in other countries to exchange information, twin or collaborate in fields of common interest. We are hence also agreeing with the main goal of this project as it will further strengthen our efforts to promote the ideals of European policies as they evolve.

Birgu is the cradle of Malta’s culture. Going back hundreds of years when the only inhabited regions of our Island Country were the capital city of Mdina --- locked inwards --- and the harbour region of which Birgu was the main maritime hub, civilisation started to develop and mushroom out of Birgu inland to the hamlets that made up the entire farming population. Malta has for many centuries been invaded by Maritime nations as a foothold for their trade missions from east to west and Birgu was the refuge onshore city they could stop at to refuel their vessels and take on the food that they required for the continution of their journey.

All powers who colonised Malta had their administration either in the old capital of Mdina or at Birgu, being the main maritime capital of Malta and hence, we have developed experience with other navigation countries and our customs and traditions are influenced by those of seafarers and trading countries who used Malta and the harbour around Birgu as their port of call. Some settled in Birgu and influenced both our customs and our language. Hence those visiting the portal will have an idea of what remnants of traditions can be found from the past that had been moulded in local customs to present the visitor with the modern Birgu which is always ready to welcome those who want to experiece a mixture of the past and modern day Malta.

Share with us some of the good practices from your municipality. How you finance them?

The Local government offers the services of medics once weekly at a health centre free of charge to its citizens and also a day centre for the senior citizens. Collection of refuse and bulky refuse is held daily, inclusive of Public Holidays, free of charge. The commune also organises periodically outings for the senior citizens, free lending library and internet service, etc.  These are all financed from the local goverment sources.

The problem with accessing information is that not everyone is aware how to do it or what the access details are, but this may be overcome by the local commune which as of now can propagate this accession address to the portal through its various circulars to the community.

Once the abovementioned is overcome, we can reach our goals to strengthen the ties with the external world of the EU states by developing further programmes by which not only organisations but also the general public can reach out to citizens in EU states to exchange information, exchange visits and twinning and thus further the knowledge which we already have but needs to be enriched to make it possible for European values to be strengthened and adhered to. Apart from various projects that the Birgu Local Council is partnered in, it is also a member with various associations within European states:

All these EU Projects and Associations are testimony of the great efforts that the Birgu Local Council has done throughout my 23 years as Mayor of this Historic City and through these the said Maltese Capital Maritime City has been known and is a Special Tourist Destination.