Karl-Heinz Lambertz: Bringing together municipalities to share knowledge and experiences is critical to rebuilding a citizens-focused Europe

It is our municipalities who understand the challenges in their communities 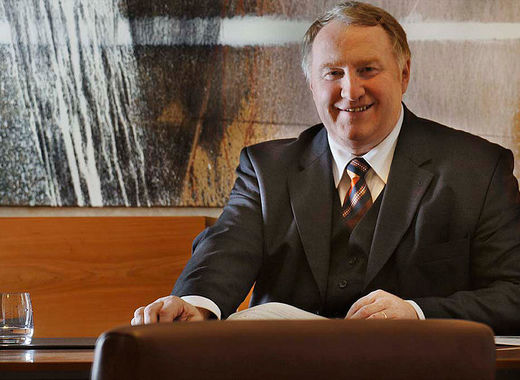 When it comes to the deveopment of the European Union on regional level, it is very important to focus on the details concerning the growth of smaller regions.

Karl-Heinz Lambertz, President of the European Committee of the Regions, talks about EU's regional development, multi-speed Europe and the importance of increasing the visibility of the EU and making it an integral part of citizen's daily lives.

Bringing together municipalities, regions, cities and towns together to share knowledge, best practices and experiences is, in my mind, critical to rebuilding a citizens-focused Europe. It is our municipalities who understand the challenges in their communities, who are on the frontline delivering Europe and who are still the level most trusted by citizens. They need to be part of the EU institutional set-up to share their constituents' vision, define our future and explain what works and what doesn't. Just as the European level influences the local and regional levels, local and regional levels should be able to exert their full influence at European level. For there to be mutual benefit, there must be complete interaction. The voices of cities and regions must be heard which is why I held the first "State of the Union: view of cities and regions" address on 10 October which will, from then on, be held each year.They also need to take responsibility to inform their communities about what the EU is doing to improve citizens' lives. The platform complements these efforts and is a unique opportunity to share knowledge whilst collaborating to have a unified voice in the EU.

The European Committee of the Regions is a pillar of regional authorities in the European Union. What will be the main goals and good practices you plan to develop for the next two and a half years?

The EU needs to demonstrate its added value to recapture citizens' support by creating shared economic growth, more solidarity through social inclusion and fiscal harmonisation, mitigate against climate change and, above all, be directly visible to demonstrate that it does improve citizens' daily life. This means building a different Europe which is more integrated, more efficient and more local. To achieve this, the European Union cannot act only from Brussels, it needs regions and cities to engage and listen to citizens whilst delivering Europe in our communities. That is why one of my priorities is to strengthen the actions of the Committee within the EU.

This comes to another of my priorities: the future of EU cohesion policy which is the ultimate expression of European solidarity which is why we, as local and regional representatives, cannot imagine the future of Europe without a strong cohesion policy. Finally, Europe needs to reconnect with its communities. Everyone who works with and in the EU are there to serve its citizens but this means listening, not lecturing. This is why since March 2016 our members have held more than 140 public debates in 95 regions to gather citizens' concerns and vision for the future of Europe which are being shared back in Brussels. I firmly believe that it is by addressing citizens' expectations that suspicion towards Europe will be replaced by a desire for Europe.

Demonstrating the economic, intellectual and emotional added value of the EU is crucial which is why more must be done to increase the visibility of the EU in people's daily lives. The EU and its legislative process is complex and far too often its impact is not felt or heard. By communicating about EU policy in our communities, it would help explain what the EU is and what it does. If we take EU cohesion policy we need to share stories about the 1 million jobs that it has created, how 4,900km of roads were constructed or how 6 million people were connected to new or improved drinking water networks. We need to significantly improve how we communicate with citizens and work to listen to their concerns ensuring their voice is heard in Brussels. This is the focus of our "Reflecting on Europe" initiative where our members are holding local events to give a space to their constituents to share their vision on the future of Europe.

What do you think should be done to encourage the improvement of less developed European regions?

Tackling regional disparity by investing in Europe's less developed regions is a matter not only of economics but European solidarity. As a Union we need to work to ensure that every region, city, village and town benefits from EU solidarity. We need to work to ensure sustainable growth and jobs and a better standard of living benefit the many, not the few. This is what the EU's cohesion policy – currently worth one-third of the EU budget – is about. It sets shared European objectives and invests especially in poorer regions. The recent 7th Cohesion Report shows that since 2015 disparities between EU regions are shrinking showing that cohesion policy is working. Nevertheless, it also shows problems of low public investment or some regions stuck in a "middle-income trap". This situation calls for a strong and better cohesion policy.

Do you think that the rapidly growing urbanization poses a problem? If so, what steps do you consider necessary to be taken to solve it?

Europe's cities and towns are the home to 78% of the population generating 85% of the EU’s GDP.  They are magnets for investment, sparking innovation, offering new opportunities and driving social progress. But with opportunities come challenges whether it is pressure on public services or air pollution.  Furthermore, rural depopulation is a real challenge and the reality is that urbanisation will continue into future. We urgently need create a Europe that considers the territorial dimension in all EU policies using EU funds to protect our rural communities and significantly improve links between our urban and our rural areas.

Multi-speed Europe is an idea that aims at making all European Union parts integrate at various levels. How do you think this idea could influence the development of EU regions?

The multi-speed Europe is an approach defended by some Member States that would like to see Europe moving in some areas where there is no clear consensus and to overcome paralysis. The multi-speed Europe even has a legal framework called “Enhanced cooperation”. Under this principle, a group of at least nine member states can establish cooperation without other countries reluctant to be involved and circumventing the need for full unanimity. The Union is the only course which will allow Europe to tackle the challenges of the 21st century that affect the lives of the local populations in our cities and regions. We must all move forward together, ideally at the same pace, or at different speeds if necessary, but always in the same direction.

To your opinion, which are the best practices implemented in the development particularly of the small regions?

The exchange of best practices can benefit all regions. Coming from a small region, probably one of the smallest in Europe, it is very important to have access to what is done in every corner of Europe. This is definitely not defending the “one fits to all” approach but, on the contrary, being open to the diversity of tackling challenges in Europe and being inspired in the development of your own territories. This is one of the objectives of the European Committee of the Regions. We are a consultative body which advises the European Commission, the European Parliament and the European Council in the European decision-making process but we are also a platform that brings together 350 local and regional leaders.