First electric sweeper is already a fact, natural gas-powered garbage truck is on its way 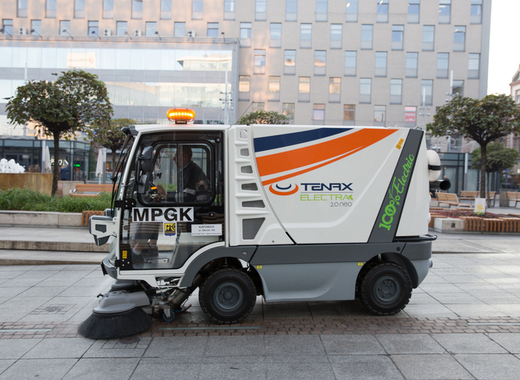 As of last week, Katowice city centre will be cleaned with more environmentally friendly cleaning methods. This was made possible thanks to a new electric sweeper operating on the central streets of the Polish city.

The electric sweeper is similar in size to traditional ones. It will serve mainly the streets in Śródmieście Katowice. It charges in less than four hours, can work eight and is completely emission-free. The device costs PLN 705 thousand and is almost 20% quieter. For reference, diesel vehicles are quite loud and emit about 37 tons of CO2 every year.

This is the first vehicle of this type in the rolling stock of the Municipal Economic Entreprise (MPGK) in Katowice. In mid-November it will be joined by a natural gas garbage truck. The latter will be smaller than those currently working in Katowice and will be used mainly to service events taking place in the city.

Early next year, a tender for more garbage trucks powered by natural gas will be announced, says Robert Potucha, Vice President of Katowice MPGK. Currently, a tender procedure is underway to select a supplier of six similar garbage trucks. The changes are implemented in an attempt to respond to the raising environmental standards, but also to replace the rolling stock that is wearing out.

A decade of planned electromobility in Katowice

Activities for the development of electromobility in Katowice date back to 2010, when the city became a partner of the international Electric Vehicles project in Urban Europe under the URBACT II program. At that time, the Local Action Plan was created, which resulted in the purchase of an electric car for promotional purposes, as well as the development of an electric vehicle card for the residents of Katowice and the testing of buses powered by alternative energy sources.

The first chargers for passenger vehicles will be installed at Górecki street and by February 2020 around 115 charging points will be built in the city, says Marcin Krupa, Mayor of Katowice. He also adds that a separate project is implemented for bus chargers. In addition, two new Nissan Leaf passenger cars will join the City Hall's vehicle fleet. They will be used locally by local government employees to move within the Silesian agglomeration.