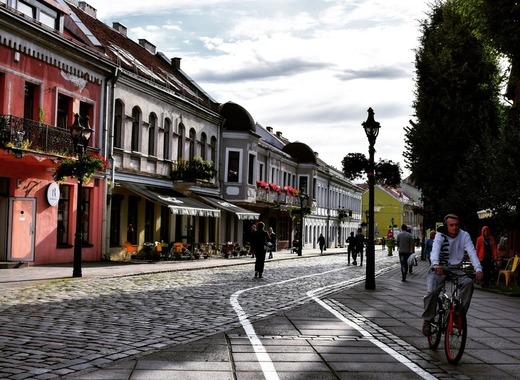 The Lithuanian Ministry of the Environment has allocated a total of EUR 3.99 million in funding to Kaunas from the Climate Change Program. The funds will be invested in the installation of environmentally friendly solar power plants on 77 public buildings in Lithuania’s second largest city.

The Environmental Project Management Agency (APVA) of the Ministry of the Environment has received hundreds of applications for funding of renewable energy sources to be used in public and residential buildings. Last week, 191 projects were selected and approved, with a total value of EUR 10 million. It is expected that after their implementation, greenhouse gas emissions in Lithuania will decrease by as much as 172 thousand tons.

40 percent of all projects that met the criteria of the program include Kaunas city kindergartens, schools, health care institutions and children's care homes. The tender subsidies are also intended to be used by Žalgiris Arena, Kaunas University of Technology, Kaunas College and Kaunas City Municipality itself, which plans to install solar power plants on the roof of its administration building. The city's contribution to the implementation of each of the projects will average about 30 percent.

"Current investments will pay off in the long run, and sustainable buildings will ensure a better quality of life for Kaunas residents. We strive to make efficient use of renewable resources, choose solutions that are least harmful to the environment, and reduce energy consumption and CO2 emissions in our operations.

We plan to install photovoltaic solar power plants on the roofs of 69 Kaunas schools and kindergartens, the energy of which will be used for the general needs of the building. Young generations of Kaunas residents will be able to use alternative energy sources in schools from an early age and thus appreciate their benefits,” says Kaunas Mayor Visvaldas Matijošaitis, quoted by the city website.

Kaunas can be rightly considered a green city in many ways: the energy consumption in buildings is being reduced gradually, the city parks are being enlarged, squares and other urban spaces are getting greener looks.

With its Like Bike initiative, launched three years ago, Kaunas City Municipality encourages citizens to use ecological vehicles – bicycles and e-bikes, and introduces ecological public transport solutions such as new trolleybuses and hybrid buses.

“Kaunas is a compact city enjoying close proximity to nature… So, we strive for the city's service infrastructure, entertainment spaces and cultural life to be in harmony with the surrounding nature,” says Deputy Mayor Andrius Palionis, adding to the description of Kaunas as a sustainable city.