Musicians, artists and performers line the streets and canals, bringing the city to life 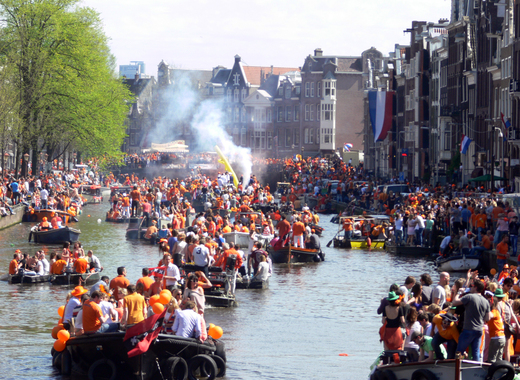 King's Day is the biggest day of the year in The Netherlands. Every 27 April, the entire country is painted orange and the streets, canals and parks overflow with raucous celebrations.  On King’s Day there are celebrations throughout the Netherlands. However, the most popular destination is Amsterdam where an average of 700 000 visitors join the 822 000+ locals in the world’s largest street party.

The largest open-air festivity is the annual Dutch national holiday in honor of King Willem-Alexander. Tickets must be bought no later than today by 11:00 am local time (only online sales). During King’s Day 2018 there are five large-scale music events on the outskirts of the city - Loveland van Oranje, Oranjebloesem, Kingsland Festival, Apenkooi Koninginnedag and Urban Music Festival.