Klaipeda beach transforms into a football field for a day 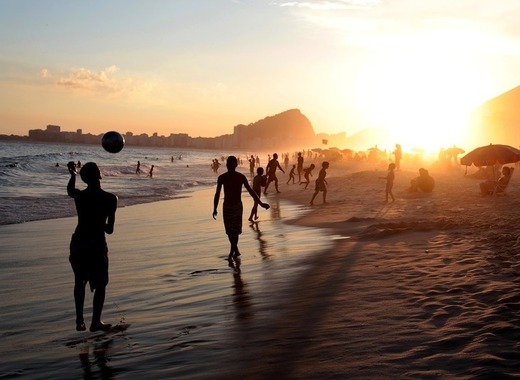 For a ninth year in a row, the Klaipeda beach will undergo a single day transformation. From the perfect place to relax and sunbathe, it will turn into a location hosting a local beach football tournament. As is already tradition, participants will be competing for the coveted Švyturys Cup. The first match will be played at around 10:00 AM with organizers estimating that the whole tournament should be done by 16:00. That’s when the winners will be declared.

This year, 14 teams will be competing for the prize. Usually teams from all over the country participate in the event. Last year, however, a team from Kaliningrad also took part and won the main prize. This year it will be even better. Not only will a Kaliningrad team again be present, but a team from Latvia has also been confirmed as a participant. Teams will be separated into two groups and earn points in their brackets. The top 8 will then compete for the final prize.

The tournament is organized entirely by local football enthusiasts. According to them, the main purpose of the event is to bring communities together and unite people in achieving a common goal.