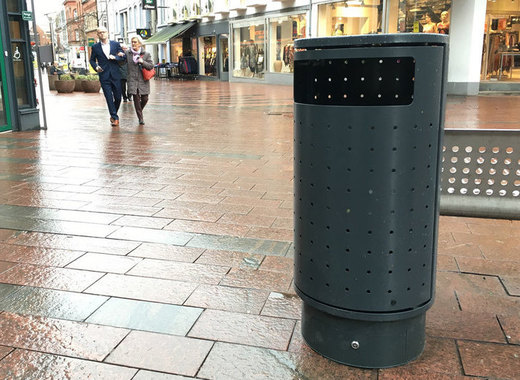 Keeping big cities clean is no easy task – large population, lots of tourists. In 2019, an organisation called “Keep Denmark Clean” decided to prepare a waste map showing the quantity of waste thrown in different municipalities. The ones on the list were the municipalities with population above 90,000 – Kolding, Frederiksberg, Randers, Esbjerg, Odense, Aalborg, Aarhus and Copenhagen.

How to become the cleanest municipality in Denmark?

Of course, one can still find waste lying around in Kolding. The quantity, however, is much less than it used to be in the past and than the other municipalities on the map.

To reach this first place, the municipality has organised a number of initiatives such as:

The scale of assessment

The municipalities had a scale of 1 to 6, 6 being the dirtiest. Kolding received 2.2 which is described as “satisfactory”. In addition, “Keep Denmark Clean” interviewed 166 citizens. A larger percentage of them are happy with the cleanliness within the city. Some of them expressed also the opinion that not only the city centre but the different residential areas are looking better now.

The municipality received recommendations as well. One of them is in connection to the cigarette butts that present a serious problem. Most of the smokers do not throw away their cigarettes in the bins but rather on the ground. There, they get stuck between the pavement tiles.  This makes it nearly impossible to remove them with a broom or other instrument the cleaners have at their disposal.

Cigarette butts in Kolding. Photo by City of Kolding

The municipality is now committed to introduce initiatives in this regard and to reduce the number of cigarette butts next year. One of the ideas is for a pocket ashtray that will gather them. More are discussed and will be announced in due course.