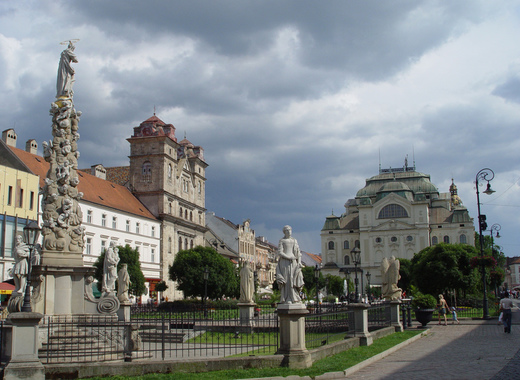 In Eastern Slovakia, large-scales investments have been booming recently. The city of Košice has been the primary beneficiary of this newfound fortune.

First off, the international developer P3 Logistics Parks recently announced its plans for a massive expansion in Slovakia. It will create a massive industrial and logistic park in the village of Nova Polhora, near Košice – offering over 1,500 jobs.

According to the company’s representatives, the area provides not only excellent infrastructure but is also a focal point of many other businesses, industries, services and trade. Furthermore, the local labour force is of extremely high quality. Such a statement is certainly a resounding endorsement for the local authorities and the work that they have been doing.

While P3 Logistics Parks have been creating industrial zones across the country over the past 15 years, this new investment is the first of its kind in Eastern Slovakia.

Hammering on the good news

Meanwhile, the Norwegian software company Visma labs has also announced its plans to invest in the region. It will be investing over 450,000 euros in setting up its offices in Košice proper and is aiming to spend up to 15 million euros in salaries for its projected 196 employees by 2025.

The Visma labs centre will focus on innovative solutions and different mobile technologies and mobile algorithms, automation and AI. The company was granted a 3.2 million euro grant by the Slovak government in order to settle in the city of Košice – a substantial sum which will certainly pay off in just a couple of years.

With money and investment flowing in eastern Slovakia, we can not underestimate to vital role played by local governments. Through the efforts of city and village administrations, the region has become the perfect location for high tech companies to set up and further improve the lives of local communities.