It is more efficient, comfortable and reduces greenhouse emissions 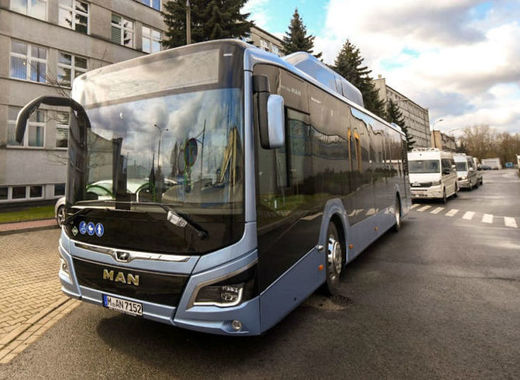 The Krakow public transport system may soon boast more modern and environmentally friendly buses. As MPK Krakow, the local transport service provider, announced for the press last week, the company has been presented with a new bus and an electric minibus designed by MAN.

On Wednesday, February 5, representatives of MAN Truck & Bus Polska showcased their new models of city buses to the Krakow carrier. One of the vehicles is the 12-meter MAN Lion's City 12C with gas drive. The innovative solutions used in the MAN Lion's City model have made it extremely economical and attractive both inside and outside the vehicle, hence it is the perfect city bus, according to company representatives.

What makes the Lion's City bus stand out, reads the press release, is its hybrid, gas and electric drive. The vehicle is equipped with an EfficientHybrid module, enabling recuperation of energy generated during braking. The accumulated electricity is used when the bus starts, after stopping at a bus stop or at intersections. Thanks to this, it consumes less fuel, emits less harmful substances and reduces noise.

The other models introduced were a nine-person MAN eTGE minibus with electric drive, two minibuses equipped with engines meeting the Euro 6 standard - the Mercus TGE City and a minibus adapted for journeys on longer routes with seat belts for each passenger.

The MAN eTGE small electric bus is equipped with batteries located under the floor. They can be loaded via a plug-in. Inside, apart from the passenger seats, there is also a table.

The Krakow public transport operator MPK declared their openness to experience and readiness to test various types of innovative solutions for their vehicles, in order to increase the comfort of passengers and make the vehicles environmentally friendly without emitting harmful substances into the atmosphere. With this in mind, it will not be a surprise if the new models are soon to be seen on the streets of the former Polish capital.