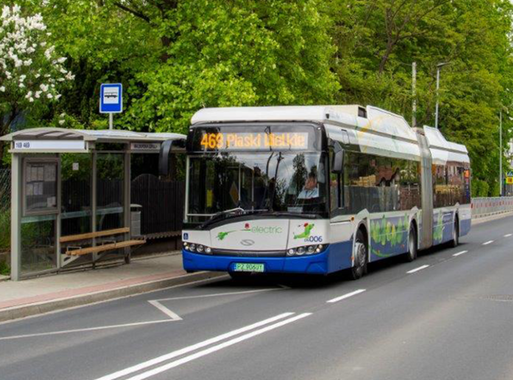 Krakow is taking gradual steps towards making its transport network more sustainable. As the local government announced last week, a cooperation agreement can soon pave the way for the further development of zero-emission public transport in the city and the use of hydrogen-powered vehicles for municipal tasks.

A future-oriented agreement in transport

Miejskie Przedsiębiorstwo Komunikacyjne SA (MPK Krakow in short, the public transport services provider) and Krakowski Holding Komunalny SA (KHK SA, ) have signed a letter of intent with the state-owned oil refiner and retailer PKN Orlen which sets up their cooperation in the field of zero-emission transport. It suggests that they will be working on the preparation of the necessary infrastructure and supply logistics, including the organization of refuelling sites for hydrogen-powered buses in the second-largest Polish city.

This cooperation with PKN Orlen will also allow the Kraków carrier to test this solution in regular traffic. The letter of intent also assumes the promotion of the development of zero-emission public transport and a new type of bus drive in Krakow.

“Our goal is to systematically increase the share of zero and low emission vehicles in our bus fleet. That is why six years ago we decided to launch in Krakow the first in Poland regular route operated only by electric buses. Today, 28 electric buses and 34 hybrid buses run in our city. Next year, another 50 electric buses will go to Krakow. The signed letter of intent will make it more realistic to introduce another environmentally friendly solution in our fleet, which is hydrogen supply” said Rafał Świerczyński, president of the board of MPK SA in Krakow, quoted by the municipal portal.

One of the many steps towards reducing carbon emissions

Krakow has been making conscientious efforts to reduce air pollution lately. It was the first city in Poland to implement the Low Emission Reduction Program, remind authorities.

This resulted in a radical reduction in the scale of emissions from solid fuel-fired furnaces. From September 1, 2019, it is forbidden to use them on its territory.

The city, however, also wants to set a good example in reducing levels of harmful emissions caused by transport. That is why the municipal holding company KHK SA, at the behest of the President of Kraków, has been implementing local activities since 2018 in the areas indicated in the Act on electromobility and alternative fuels.

As the leader of the purchasing group "Electromobility in the City of Krakow" KHK SA carried out a tender last year to acquire 47 electric vehicles that are currently carrying out public tasks. The company also acquired 39 internal charging stations.

“Thanks to the integrated approach used by KHK SA, the purchasing group reduced the originally planned costs by over PLN 2 million, and Kraków was the only commune in Poland that met the 10% zero-emission requirement for the vehicles in its fleet” commented from KHK SA. They also point out that in 5 years’ time the number of zero-emissions vehicles must account for 30% of the fleet, which is why hydrogen transport is being promoted and the available offer for municipal units is being expanded to include such eco-friendly ones.