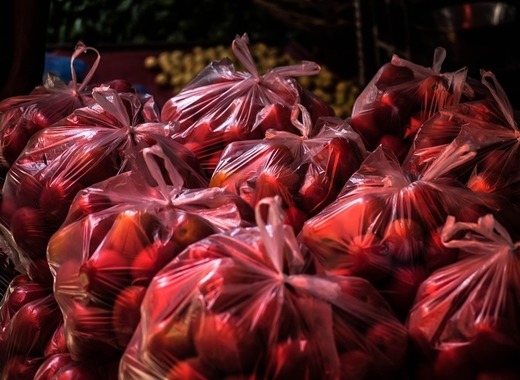 Hundreds of cloth bags have already replaced single-use plastic bags as part of a sustainability campaign in Krnov. The initiative is called Krnov - a city without plastics. It was launched jointly by the local Agenda 21 and the Healthy City of Krnov in the spring and is part of a project whose main goal is to reduce plastic waste in the Czech city.

It started in July when the Municipal office gave the good example itself – during a workshop for the team, fabric bags for fruit, vegetables and pastries were produced. Furthermore, the authority also purchased glass water jugs and milk jugs for each department. PET bottles and disposable coffee milk should be a thing of the past, believes project coordinator Kristýna Kutálková.

The campaign will last until at the end of this year at the earliest. There is something for the youngest inhabitants of Krnov as well. In kindergartens and primary schools, children will be able to create products made of used plastics and other materials as of September. Every kindergarten involved will be rewarded with environmentally friendly toys such as wood or textile. The most successful pupils of elementary schools will get a trip to the Ostrava World of Technology for their class, explains Kristýna Kutálková.

The campaign was inspired by an initiative of the Ministry of the Environment of Czechia aimed at reducing the use of disposable dishes. Last year, many municipalities and companies concluded a voluntary agreement in which they pledged to reduce the consumption of plastic and disposable tableware in their operations. This year, the agreements were replaced by a voluntary commitment through a web form (www.cr2030.cz ), where the participating organizations express their willingness to behave more responsibly to the environment.