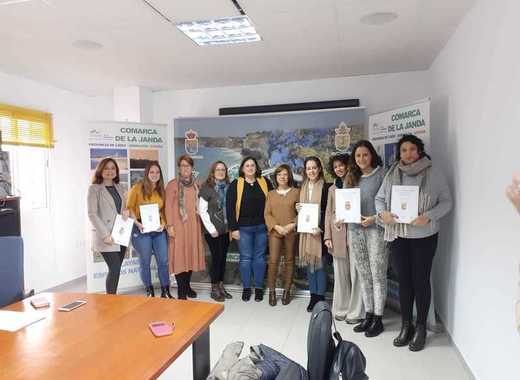 Gender equality has been to the front of the societal, political and economic agenda for years now. Recently, more and more people have started talking about this when it comes to a mundane and very much exhausted but still unresolved issue like equal pay. At the same time, gender equality and women leadership and entrepreneurship are parts of the environmental and climate agenda in many countries.

Five Municipalities in the region of La Janda are trying to change the figures even further with the development of equality plans. These plans have become possible because of a special agreement signed between the municipalities and the regional authorities.

Right before Christmas, the Deputy responsible for equality in Cadiz, Carmen Collado has visited Medina where the regional authority of La Janda is situated. She was received by Maria Santos Sevillano, Regional Governor. They discussed and signed an agreement for equality plans for Paterna, Benalup-Casas Viejas, San José del Valle, Medina and Alcalá de Los Gazules. They will be financed by the region`s budget.

The Agreement also allows for the Women’s Information Centre of La Janda to stay operational. Additional funding of 35,000 Euro will allow for the creation of one new job position – administrative assistant.

The Centre has existed since 1997 and offers advice and information regarding equality policies and promotes the active participation of women. It also develops and carries out special programmes for personal, educational and health development.

It is of extreme importance to create plans for education and promotion of equality especially gender quality even in remote regions. La Janda shows how even a small administrative unit can develop policies that will help people in the whole region and, why not, the whole country.