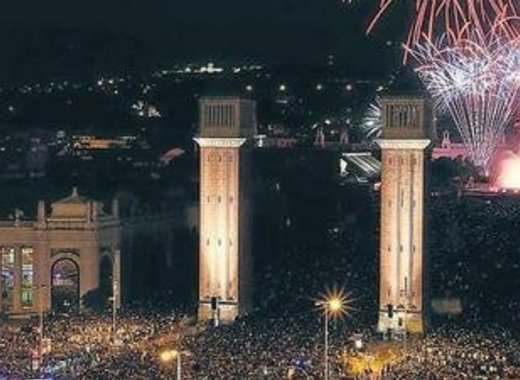 La Merce is Barcelona's biggest annual festival, often called the Festival of festivals. It has been an official city holiday since 1871 when the city first organized a program of special activities to observe the Roman Catholic feast day of Our Lady of Mercy, La Mare de Déu de la Mercè in Catalan. The Barcelona Mercè festival 2018 dates are Friday 21st to Monday 24th September 2018.

The festival, which officially first took place in 1902, bids goodbye to the summer with a bang and welcomes in the cooler months of autumn.  Free music concerts are held for this festival which is held in honor of the city's patron saint, Our Lady of Mercy. The visitors can expect the usual Catalan partying - sardana-dancing, fireworks and human towers galore.