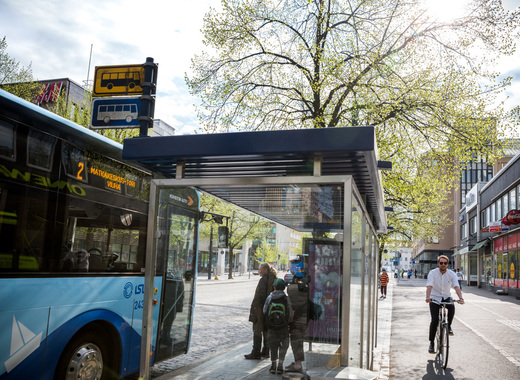 The Finnish city of Lahti has launched its landmark app that allows citizens to track their own CO2 emissions as part of an overarching push to make the urban areа more environmentally friendly. The CitiCAP project (Citizens’ cap-and-trade co-created) was financed by the EU and not only aims to promote sustainable mobility among locals but also allows for personal carbon trading.

In terms of urban development, CitiCAP has also opened up possibilities for authorities to enact their public transport visions – through the development of models for the design of a vital cycling route network that will act as a viable mobility alternative. The 2.5-kilometre stretch, developed through the project will provide a safe year-round way to get around the city for those who are eager to keep both themselves and the environment in top shape.

The CitiCAP app itself is fairly straightforward and easy to use, as it aims to promote a more sustainable way of life among citizens of Lahti. After downloading the app, users will be able to see their own carbon footprint generated by their use of transport. They will also be able to witness how it changes as they adapt to a healthier and more sustainable lifestyle.

For example, if a user who typically travels by car decides to change up his lifestyle and pick up a bike or start walking to their destinations, they will be rewarded with virtual currency – namely coins that can be used to purchase tickets for public transport or entry passes for local swimming pools and sports halls.

The app and the entire project itself could play a pivotal role in advancing Lahti’s climate ambitions. The city aims to become carbon neutral by 2025 and wants to incorporate as many smart solutions as possible in order to achieve this goal.